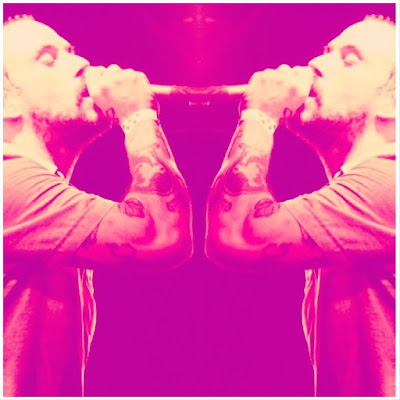 May 11, 2019. The night IDLES and Fontaines D.C. played the first of two sold out shows at DC's Rock & Roll Hotel is a night that's been seared into my brain. It's also the night that stands alone as my favorite gig of 2019.

Before both bands played the legendary Glastonbury, they played a pair of shows to packed (possibly beyond capacity) houses at the Hotel, which made attendance at these shows feel incredibly special - even before either band had played a note. After all, these are bands that command larger stages at home (and will, as IDLES did last fall at the 9:30 Club, undoubtedly play larger venues here).

So, what was it about that night that was so blazingly, gloriously better than any other gig of the year could hope to have been? 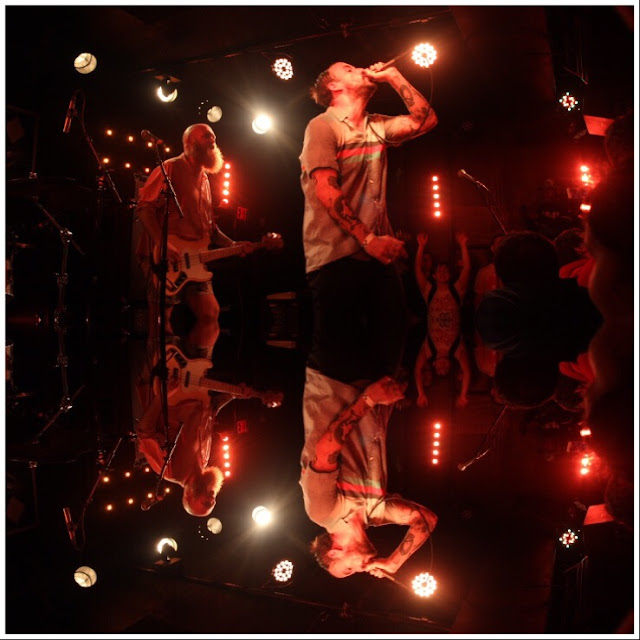 The buzz started waiting in line for the doors to open, and continued while standing in the front of the room, in front of the low, cozy stage, talking excitedly with friends as others talked excitedly with their friends. That much anticipation in a club gets to the point where it's got a life of its own. I've rarely felt anything like it. 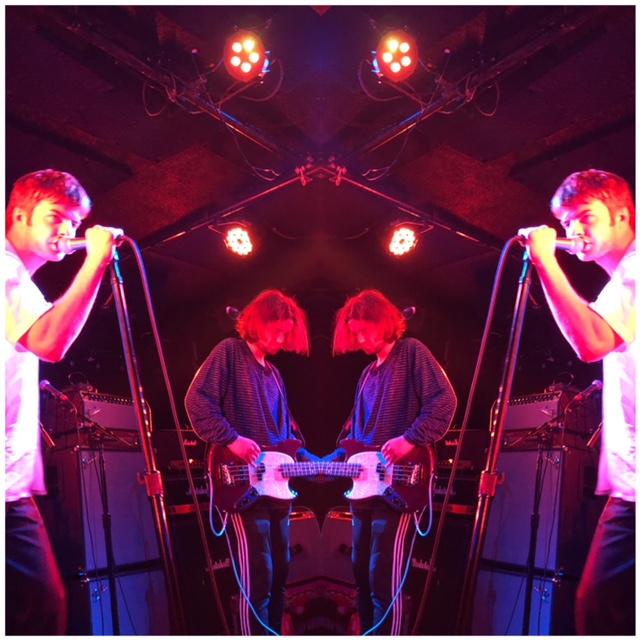 As soon as young Dubliners Fontaines D.C. ambled onto the stage, the night turned into a wonderful, out of control night of some of the best live music I've seen in as long as I've been going to shows. Not only did they release one of the year's best records (Dogrel), but they put on one of the year's best sets. 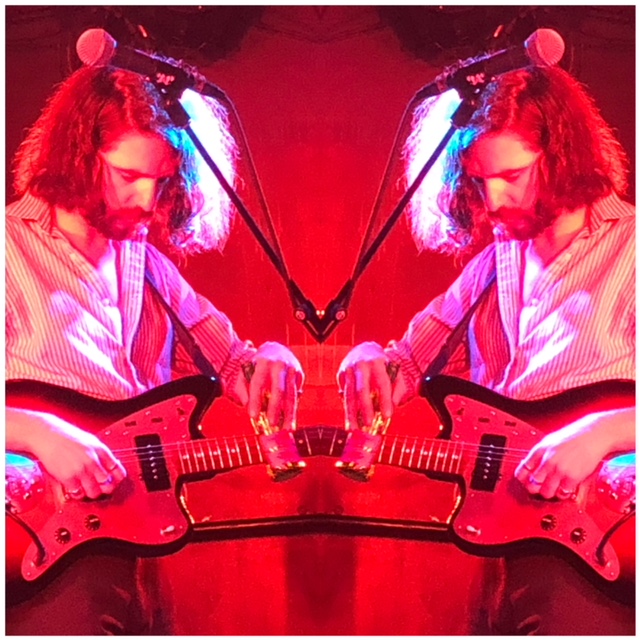 The majority of their set was full of lean, gray sky, gritty post punk - raw and eviscerating. The band was somewhat reserved onstage, but their songs said plenty. They may be young, but they know the score - and they know how to craft strong, brutal commentaries on modern life. These are songs penned by realists and poets. (more photos here) 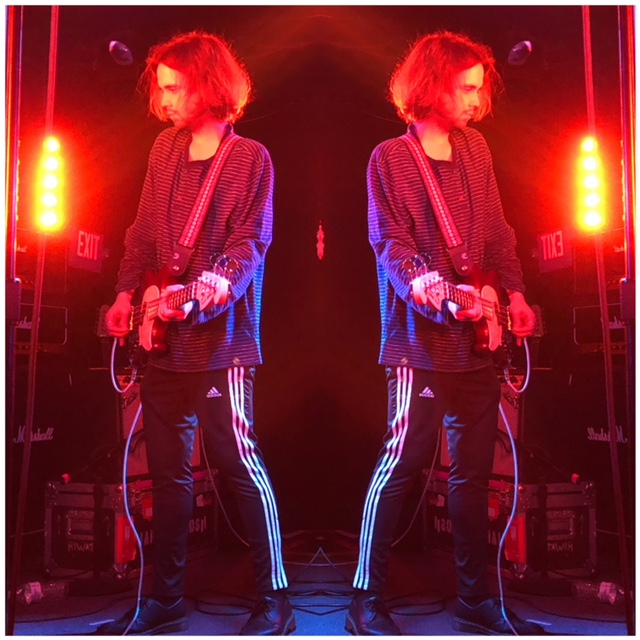 On any other night, it would have been enough to have seen Fontaines D.C. on their own. They were that good. And yet, somehow, the night got even better.

When IDLES took the stage, everything went a little bit crazy. 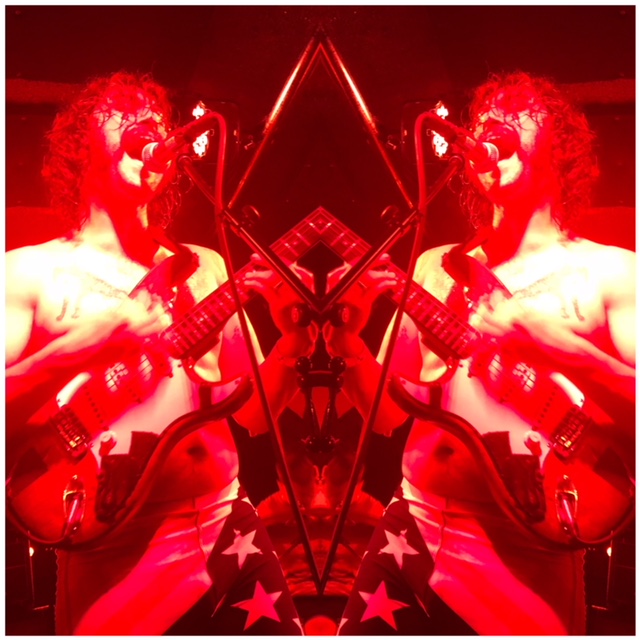 Moshing started immediately. People were losing their minds left, right, and center, the band included. Bobo even broke out the star-spangled leggings. 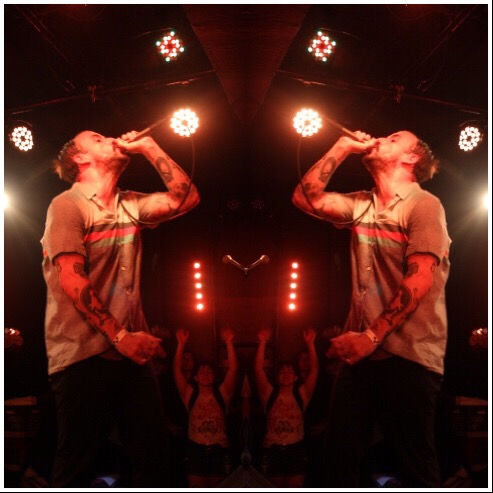 For 16 songs, the boys from Bristol gave DC all it could handle, in the best way possible. Nary a song went by without a ferocious singalong on the part of the crowd. But it wasn't just the crowd having a good time. Lee and Bobo surfed their way into the crowd, as they're wont to do, to the delight of just about everyone. Smiles between the quintet were abundant, and thanks were profuse.

What I said about the band a few days after the show most certainly still applies: "I love them on record. But holy hellfire, seeing them live is even better. The sheer beautiful brutality of it all was impressive. My ears were ringing for days after the show, and I was using ear protection." (full review here) 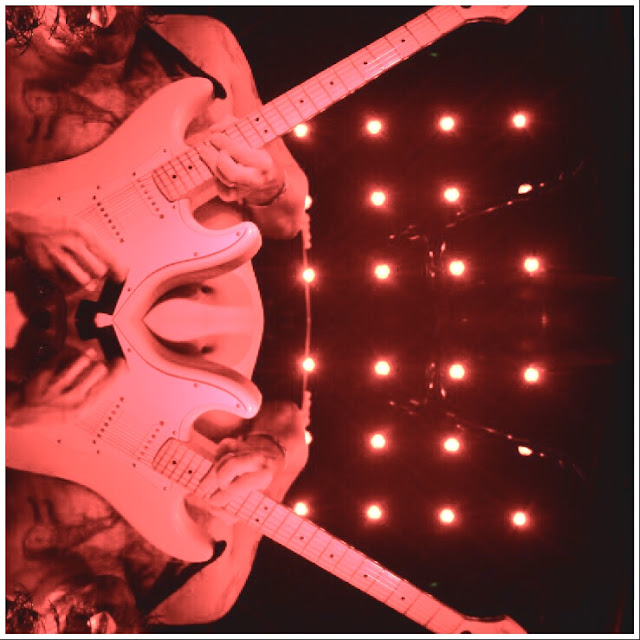 I can't think of another show I've been to where there was so much energy and so much love in one place. There was a real connection between band and crowd. IDLES continues to build a devoted following (shoutout to the AF Gang), and that devotion is returned by a band that gives everything of themselves onstage. (more photos here) 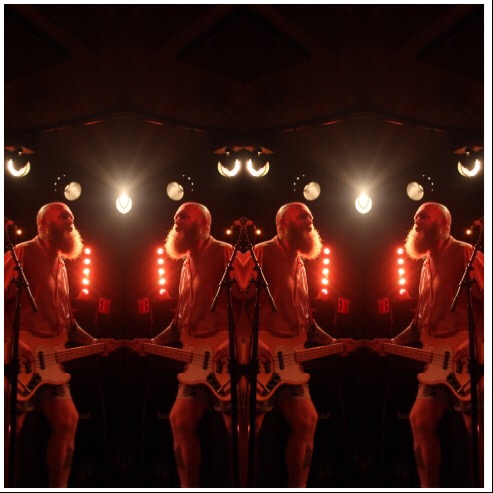 These punks with hearts of gold play some of the loudest, most aggressive noise you're likely to hear live, and yet it's full of love (along with the appropriate levels of disdain for Tories etc.). IDLES is politically and otherwise opinionated, and they want to make the world a better place in the best way they know how: making music.

IDLES songs are filled with messages of equality and acceptance, of love, of brotherhood and sisterhood, and of not sitting idly by while people try to fuck up this planet we all inhabit. Their tenets should be universal: love thy neighbor and thyself, respect women, be kind to others (whether they look like you or not)... basically, don't be an asshole. 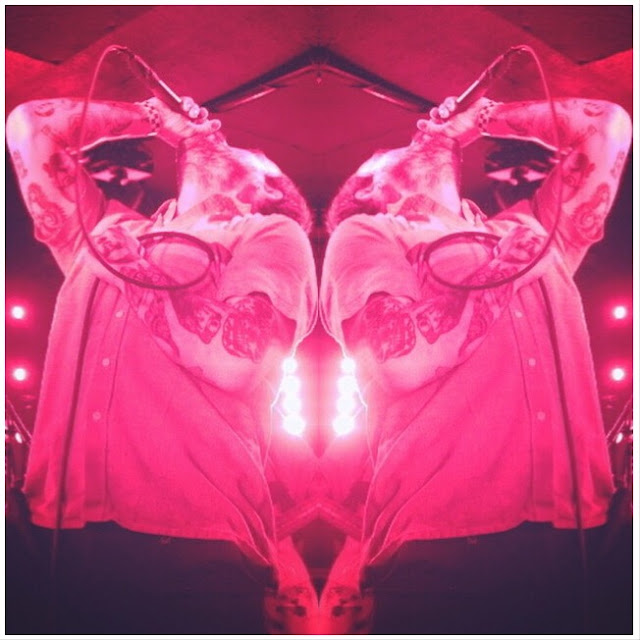 After the show that night, things felt different. It's a feeling I still haven't been able to fully wrap my head around. As time has gone on, that night has felt even more meaningful to me. And that's what music, the really good music, should do. It should change us, make us think, make us feel.

Buzz bands come and buzz bands go, especially these days, but these bands have got the goods to stick around for a long time. I know I'm not alone in wishing they make music for years to come.