Premiere: Lauds - "Are You There All Alone" 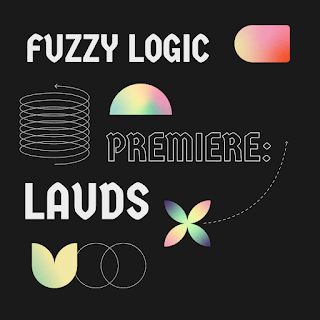 It's not often in the music world that one gets the chance to share something that's essentially hot off the press, but that's exactly what I have the pleasure of doing with you right here and now.

Wilmington's very own Lauds wrapped up the recording of this, their dreamy new single "Are You There All Alone," just last week, and it's available for your listening pleasure today. I should warn you, though: this isn't the kind of song you'll just be able to listen to once and walk away from.

Instantly, and I do mean instantly, addictive, the song has an incandescent, almost gossamer-gentle glimmer, a sun-dappled seabreeze swirling around McKay Glasgow's wispy, honey-dripping vocals, and sugar-spun guitar that wouldn't sound at all out of place on a Beach Fossils record, all of which strongly hints at the band's affinity for '90s British music. For those with a taste for that era (such as your humble blogstress), there's a whole lot to love about "Are You There All Alone." As the song opens up, it reveals a sweetly nostalgic slant, something that recalls the retrospective magic of a time before pandemics and mandates and bitter division about vaccination and doing the right thing. Modern context puts Lauds in great sonic company, too, with DIIV and Wild Nothing soon coming to mind.

It's a mighty fine effort for a band that's relatively new, Lauds having come together in 2019. "Are You There All Alone" comes on the heels of the band's fantastic self-titled, four song debut EP, out now on Fort Lowell Records. This is the the kind of song that's playlist catnip for sure, but not only that, it serves as a tantalizing glimpse at what might be coming next from Lauds, sort of like the musical equivalent of showing some ankle in Victorian times. Ultimately, no matter how many times you listen to "Are You There All Alone," you'll be left wanting more. The only answer is to keep listening.

Fort Lowell Records · Lauds "Are You There All Alone"

I strongly suggest you keep an eye on Lauds. North Carolinians can also see the band up close and personal on November 28, at Chapel Hill's Local 506 (buy tix here).

Now if you'll excuse me, I've got a song to keep listening to. Incessantly.

Lauds - "Are You There All Alone"

Bio: Lauds are a band from Wilmington, NC that was formed in the spring of 2019 by songwriters McKay Glasgow and J. Holt Evans III. Bonding over their love of Slowdive and Neil Young, the band plays in the style of the former while channeling some of latter’s more untamed guitarscapes. They are part of the dream pop-shoegaze-post-punk continuum, but carry an unpredictable edge. Other influences include acts on Creation Records and Captured Tracks, as well as British alt rock legends like Ride, Chapterhouse, and The Cure.

Glasgow and Evans were both craving an outlet to make guitar-oriented rock music, and Lauds is the result. Glasgow is also a member of Tumbleweed, a folk-rock group, but had songwriting ideas that didn’t fit within their confines. Teaming up with Evans, who has spent a lot of his free time in recent years recording reverbed-out bedroom pop songs, the two founded Lauds as a project to unleash their Jazzmaster ambitions. Eventually, lifelong friend Rett Nabell and younger brother Boyce S. Evans joined them on bass and drums respectively, rounding out the four-piece. In recent news, B. Evans is making the switch to keyboards and third guitar; Ross Page, another prolific Wilmington songwriter (Color Temperature, Seeking Madras, also Tumbleweed) will fill his spot on drums.