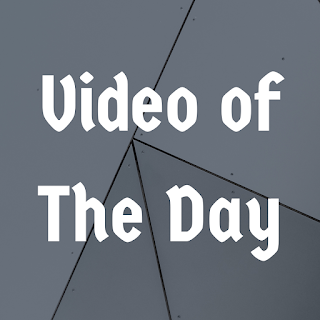 This year there's been incalculable loss, and far too many endings. In the current climate, these losses can feel even more acute, even harder to process and move forward from.

Paul Draper's latest single, "Omega Man," takes loose inspiration from Richard Matheson's 1950s horror title I Am Legend, which was subsequently adapted cinematically in the movie Omega Man. What's with all this Omega talk, you ask? Well, it's quite simple really: The Greek alphabet ends with Omega. It's the end, the last letter, the point of finality.

Draper's "Omega Man" is much more of a personal reflection than a treatise on Matheson's terrifying post-apocalyptic landscape; though the song's video definitely takes the latter concept and runs with it. Or, rather, strolls with it - the sublimely-shot clip follows Draper walking moodily through the shudder-inducing landscape of nuclear nightmare city Prypyat, interspersed with fuzzy, static-laden shots of Steven Wilson. Even nature seems to have been in on it, lending an appropriate gloom to the Ukrainian skies. It's a video that works in perfect harmony with the song it was made for, amplifying the bleakness of each and every note.

As for the song, it's full of decadent despair and also has serious earworm potential. Is there anything better than a heartbreak song that's hard to get out of your head? Wilson's guest turn is spot on. The duo's voices work well together in inducing peak levels of forlorn reflection; both Wilson's ethereal lilt and Draper's dark purr evoke spectral shades of the sadness, despair, and heartache that comes with the end.

"Omega Man" can be found on Paul Draper's second solo record, Cult Leader Tactics, due out on Kscope Records next month.