Video of The Day: Blur 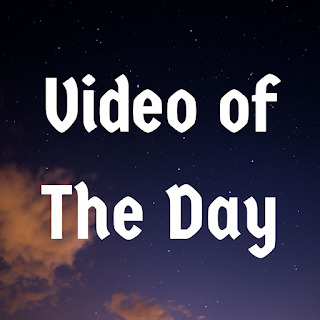 For whatever reason, The Great Escape was my gateway drug into the world of Blur. That first foray led to me falling hard. How that record is 25 years old already I can't quite wrap my head around, but it is - and it's still great. I can't even venture a casual estimate of how many times I listened to the languid, silken fantasia of "The Universal," the song that was for so long my favorite Blur song. As with so many Blur songs, this take on the rubbishness of modern life is glorious, a theatrical puff of smoke that swells with the band's veiled snark nearly as much as it does with orchestral confections.

"The Universal," while released as a single, probably isn't one of the Big Ones that comes to mind when you think of Blur. "Girls & Boys" it's not. There's none of the "Parklife" saltiness here. "Country House," which also comes from The Great Escape (and which won that legendary singles chart battle with Oasis), is certainly more in keeping with that golden era of Blur. But for me, "The Universal" has always held a special kind of magic.

I don't care what Damon Albarn says. I love The Great Escape.

The video is oh-so '90s, shades of A Clockwork Orange coursing through the over-the-top clip's somewhat creepy lounge setting. Blur, in their matching white Nehru-collared ensembles, star as both house band and curious onlookers, watching the gaggle of club patrons behaving badly (and downing intriguing blue cocktails - no moloko here, thanks).