Video of The Day: TORRES 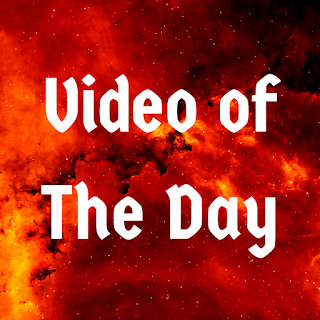 Florine Stettheimer's 1939 painting "The Cathedrals of Wall Street" is almost reminiscent of World War era propaganda, with its bright colors and overt Americana. But Stettheimer's painting, one of a series of four, is much more than just an attractive work of art. From the huge statue of George Washington to the New York Stock Exchange building with a portrait of FDR featured prominently to the tower of banks lurking off to the side, this painting speaks to the very cozy relationship between Wall Street and the government, and how essentially those institutions prop each other up, how they celebrate each other. Funny how some things don't seem to change. 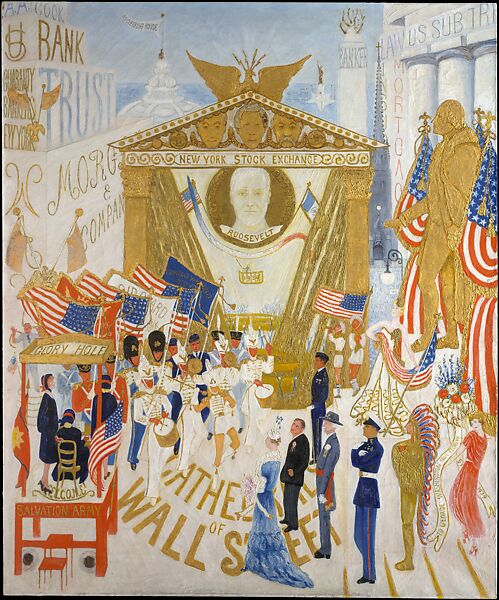 In the bottom left corner of the painting there's a small dais, from which some guests watch the Salvation Army band as it parades in full regalia past the banks and the Stock Exchange. The dais bears the inscription "Glory Hole," which leads us to today's chosen video.

Mackenzie Scott's latest TORRES video is for Silver Tongue b-side "Too Big for The Glory Hole," a song that, though written last fall, speaks to the uncomfortable isolation that many are feeling as quarantine season continues. As Scott tells it, "I wrote it before I moved in with my girlfriend. I was living alone in the East Village before and having a hard time of it. This song is what came of the loneliness." The song has a sense of the grandiose among the resigned desolation, Scott's gilt-edged voice sounding raw and plaintive and her organ casting somber shadows. "I want you to love me forever," Scott echoes at the song's closure, a plea that feels defiant in the face of finality.

The video, starring Scott in her cowboy boots, takes the song into the world of the lockdown. Directed by Scott's girlfriend Jenna Gribbon, the video uses stop motion and lighting to set a mood on par with Scott's song. The solitary sentiments of the song are reflected throughout the video, Gribbon's use of light and Scott's emotive ability combining to create something quietly powerful.