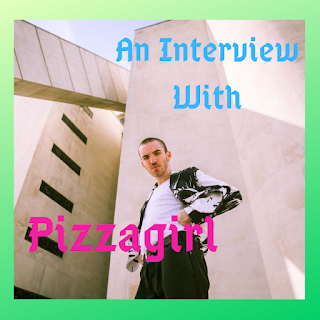 It's getting ever closer to the October release date of Pizzagirl's debut record, first timer. If first single "Body Biology" is any indication, the album will be full of quirky, sugary nostalgia pop - easily-digested kitsch with bite. It's cerebral shimmy. Or, as per his own words, "tacky." Liam Brown's brainchild is picking up support from anyone and everyone, so be ready to hear a lot more about Pizzagirl in the near future.

Liverpool fella Brown took on the Beatles challenge, check out his tartly succinct replies below. And mark October 11 on your calendar, so as to snap up the aptly-named first timer.

Working on my debut popstar album!

I don’t know, I’d have to go to every city, get back to me on that.

Only the most attractive ones. :)

Only when they are desperate!

Usually in my undies. x

“Why are you so ripped?”

To see the Mona Lisa.