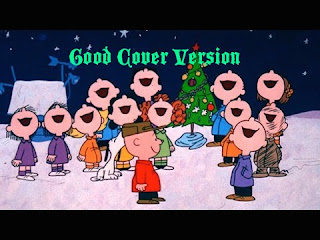 What better song to listen to on Christmas morning than one of the most ubiquitous holiday songs of ever? If you guessed Vince Guaraldi's "Christmas Time Is Here," you're a smart cookie.

Steady Holiday (AKA Dre Babinski) gamely tried her hand at the classic, and I think her version is so delightful. With Babinski's kid glove delicate, gossamer vocals and the loose, floating instrumental framework of the song a certain end-of-year introspection really comes through. Babinski finds inspiration in Christmas music, saying "it's nostalgic, transporting, melancholy, sometimes delusional. Whatever the emotion, the feeling of Christmas music is instantaneous and earnest, which is a framework I like to start with when I sit down to write."

Her take on the Charlie Brown favorite adds both fragility and contemplativeness to one of the most famous of modern Christmas ditties, and the song is all the better for it.