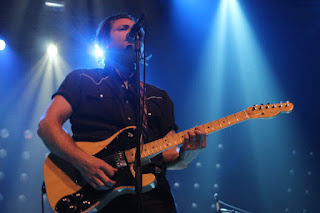 Last time I had the pleasure of seeing Lo Moon, the LA band was headlining at DC9 - and they were fantastic.

What a difference half a year can make. Seven months later, the band snagged themselves a stint touring with Scottish synthpop juggernaut CHVRCHES in significantly larger venues. For a band this talented, that was surely only a matter of time. The DC stop of the tour was at The Anthem, and I was pretty excited, both for the band being able to perform on that stage as well as for the crowd for getting to see the band perform on that stage. And, in truth, yours truly was pretty excited to see them again, and see them on that particular stage. 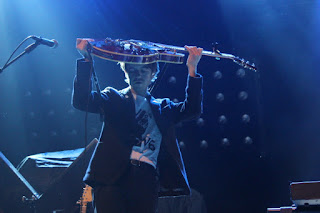 Lo Moon's dramatic, atmospheric sound was both as exhilarating and comfortably familiar as I'd hoped. Launching right in with the ethereal expanse of "This Is It," the foursome immediately staked their claim to the stage. Each song was played with care and artistry. "The Right Thing" was even more sinuous than I'd remembered, and "Thorns" was a brilliant blue flame of sentimental transcendence. 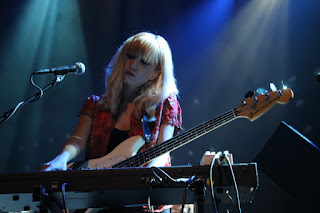 "Tried To Make You My Own" had been tinkered with, the nuanced noir pop successfully filling The Anthem's cavernous rafters with a leaner, spikier onslaught. It was during the irrepressible, earnest smoke of "Real Love" that I noted that while the band members had longer hair these days, not too much else had changed since that March show at DC9. They still provided song after song of aural splendor. 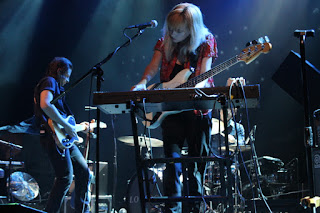 A new song made an appearance on the setlist, a taste of what the band has been up to in the studio, perhaps. Matt's vocals felt especially poignant here, and the band was absolutely electric as they imbued this, and each song, with a delicate tenderness. And then, somehow, it was their last song. "Are you guys ready for CHVRCHES?" Matt asked excitedly. Smiling, he replied to the crowd's cheer with an enthusiastic "so are we," before the band began their final masterpiece of the night, the epic "Loveless."

I can't count how many times I had goosebumps during their set. If you've ever got the opportunity to see Lo Moon live, I implore you to do so. This band is truly something special.


[words and photos of Lo Moon by Megan Petty]