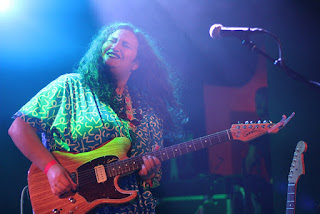 Intrepid mysterious Special Guest Star The Paper went in search of good live sounds, and the following is what transpired when he took in Palehound at Union Stage.

In seeing Palehound at Union Stage, I would first like to ask Coup Sauvage and the Snips for forgiveness. After their tragic breakup last summer, I resolved not to condone the gentrification of the city that gave birth to the greatest band it will ever know. Yes, I just placed them above Fugazi. Less than a year later, I broke my resolution. At least it was for a very good reason. It also helps that I ran into Ray of Snail Mail before the show. 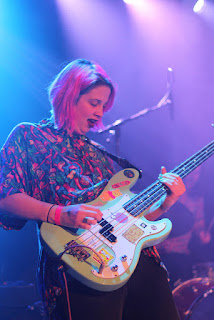 Palehound's A Place I Will Always Go ranked in my top ten records of 2017. Unlike Girlpool, however, the live rendition of said record left a little to be desired. That's not to say this wasn't a good show by any means. On the contrary, perhaps it just means that my expectations were too high. Or I craved a more easygoing yet boisterous sound. The rest of the crowd seemed to disagree strongly with me as they sang along to almost every song. While Ellen sang and played with no shortage of intensity, moving generously on stage, she conveyed an underlying tension not unlike someone walking a tightrope. It wasn't so much fear as it was deliberate restraint. Larz and Jesse were more accommodating to my headbanging wishes. 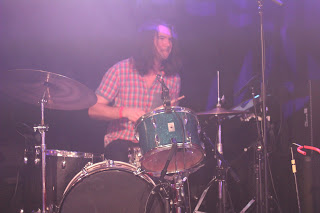 The best part of the set occurred when Ellen addressed a group several rows from the stage to inquire if they were ok. She proceeded to offer them her unopened water bottle. It's unclear what happened from my vantage point, but the situation resolved itself quickly. Suffice to say it was a kind, touching gesture on the frontwoman's part.


[words and photos of Palehound by The Paper]