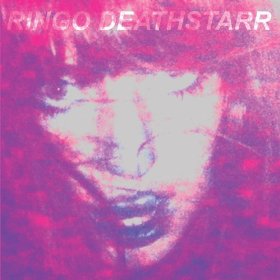 When it comes to year-end lists, y'all know I don't mess around. I don't post my picks from the previous year for weeks after the next year has started. In 2012, there was a bounty of music that entered the world that made me deliriously happy to be blessed with the sense of sound. So I pondered, marinated, and contemplated for weeks. Music from 2012 has been digested for breakfast, lunch, and dinner. And now, friends, it's time. Time to share with you what I consider the cream of quite a crop indeed. You might see things omitted here that you think should be on a Best Of list. This list isn't what I think you want to read. This list is what I feel about last year. If it's not here, I either didn't spend enough time with it or just didn't love it enough. A big thank you to all of the artists who created the music that I fell in love with last year.

WHY: Spoiler alert: This isn't the last time Ringo Deathstarr shows up in my Top 50. The Shadow EP, released earlyish in 2012, served to tide over impatient folks like yours truly who were dying/chomping at the bit/ready to maim someone for their LP Mauve. Seriously, y'all. I am not a patient girl. Veruca Salt had the right idea. But I digress. The four songs here perfectly capture the essence of Ringo Deathstarr, from just like honey drone to sweetness and light vocals to incredibly, beautifully noise to a slow jam that's just a bit off, the kind of song that might make a nice prom song in Twin Peaks. A nice little appetizer it proved to be, indeed.