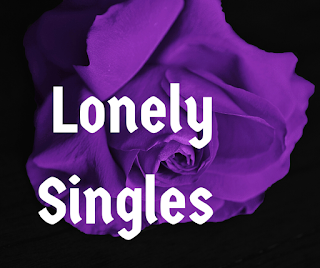 Rolling Blackouts Coastal Fever’s May 29 show at U Street Music Hall (sadly one of many venues whose future is in doubt, according to The New York Times) was one of many memorable local performances of 2019. While the band was touring in support of Hope Downs, its first full-length album, they weren’t exactly rookies—Rolling Thunder C.F.’s been in business since 2013, and the core members have been playing together since high school.

While it may be quite a while before we see the Australian quintet on American shores again—they do have performances at October’s Splendour in the Grass festival in Byron Bay and a November club show in Edinburgh in November on their schedule, for what it’s worth—the gentlemen of Rolling Blackouts C.F. are gearing up to drop a new full-length in the very near future.

Sub Pop/Ivy League are slated to release Sideways to New Italy on June 5, and its delivery into this world has been heralded by a trio of singles from the record: “Cars in Space,” “She’s There,” and “Falling Thunder.”

Here’s what the band has to say about the new work:

“On their second record, Sideways to New Italy, Rolling Blackouts Coastal Fever have turned their gaze inward, to their individual pasts and the places that inform them,” notes a press release on Bandcamp. “The inspiration for the record came from the attempts people make at crafting utopia in their backyard (while knowing there is no such thing as a clean slate). In searching for something to hold onto in the turbulence, the guitar-pop five-piece has channelled their own sense of dislocation into an album that serves as a totem of home to take with them to stages all over the world.”

An album about dislocation and attempts to turn home into place that allows you to turn your back on the rest of the world? Timely. Here’s how the singles line up with the zeitgeist.

“Cars in Space.” Released on Feb. 10 with a video directed by fellow Aussie and Fuzzy Logic favorite Julia Jacklin, “Cars in Space” came out when the world was a much different place (“Rolling Blackouts Coastal Fever are gearing up for a big year,” wrote Consequence of Sound’s Nina Corocoran at the time).

Maybe “Cars in Space” is the song we need right now. Corocoran also described the single as “...an uptempo track that clocks in at five minutes in length, but with such an intense, stirring rhythm, it flies by. Between the sunny guitar lines, the dueling riffs, and the burst of horns, ‘Cars in Space’ sounds like a perky anthem to give you confidence.” Maybe stream this instead of watching the news.

“She’s There.” On Hope Downs, Rolling Blackouts C.F.’s 2018 full-length debut, the band leaned heavily on an industrial-powered rhythm section overlain with guitar breaks alternately dreamy and drilling. “She’s There” follows that pattern to a tee. Does it work? Oh yes it does. Rolling Stone’s Jon Dolan is bananas about the track—after comparing the group to R.E.M. and Television, he croons that “It’s pure guitar-mad elation...Hooks get piled on top of hooks, and the fleeting beauty of the music opens up a sense of urgency and drama in the lyrics.”

“Falling Thunder.” Brighter and poppier than “She’s There,” “Falling Thunder” is about the closest thing to a classic summer track we’ve heard from Rolling Blackouts C.F. to this point. There’s a vacation vibe to the whole thing, a feeling manifested in the video. “The accompanying video was shot by a friend of the band, Jamieson Moore, and is comprised of footage from Sicily, Sardinia and the Aeolian Islands, the ancestral homeland of (the band’s) Russo Brothers,” a Sub Pop presser explains.

“(It’s) about pushing on through the relentless march of time, against the constant cycle of seasons,” singer-guitarist Tom Russo adds. “And the way people change and relationships change. It’s set in that time when autumn is turning into winter and the trees are getting bare.”

There goes my summer theory! Regardless, it’s a different side of Rolling Blackouts Coastal Fever for a very different kind of year.