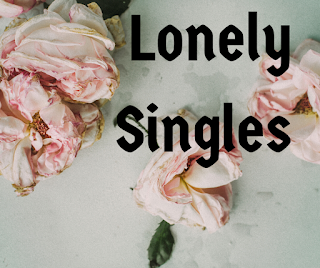 Grace Joyner is a fixture in Charleston, South Carolina’s under-the-radar indie music scene. In 2017, her single “Dreams”—a smoky fantasy from her 2016 full-length debut Maybe Sometimes - In C—landed on the CW show Riverdale and gave Joyner a feathery brush with national exposure.

She followed that up by...waiting three years before her next solo record. Her self-released Settle In was officially released on April 14.

“I guess I’ve been in a little bit of a battle with my relationship with music over the past couple years, which has probably caused my hiatus,” Joyner chuckled in an interview earlier this year.

So why did you stick with it? Long pause.

“I guess (because) I had recorded this body of work for this record, and I’m proud of it,” she said. “I still want to put it out there and hope that some people find it meaningful. That’s the thing that keeps me going...I know that some of the work that I’ve put out has meant something to people, and has been a positive experience for them. That keeps me wanting to keep going.”

It would be wrong to suggest Joyner has been incognito. She’s bounced between Asheville, North Carolina, and Charleston, making music with a tight knit constellation of musicians that have carved out their own community in the Carolinas.

“I’m not sure how sustainable it is to be able to continue to record, to get things mastered, things like that, forever,” she said. “I don’t know how long. But I do want to put this record out, and hope people find solace in some of the work.”

"Fake Girlfriend." If you were to guess the “Charleston sound,” you may flag rootsy Americana like Shovels & Rope, tourist-friendly Dave Matthews/Margaritaville beach background music, or even suggest some local variation of hip hop coming out of Atlanta or Florida.

Joyner sounds nothing like any of those things. Her rich, ghostly voice comes from a dream or a memory from childhood, or before—like a “Rhiannon”-era Fleetwood Mac B-side you swore your grandparents played, or a forgotten outtake from Dreamboat Annie.

“Fake Girlfriend” pairs an aggressive Death From Above 1979-style bassline, disco percussion, and Mancunian synths to create the perfect song for scowling at your ex from across a half-empty bar. “How hard is it to be sweet to your fake girlfriend,” Joyner coos before her voice sharpens to a blade: “She has a shoulder whenever you need / then she can let you go off and be free / Oh, your fake girlfriend.” Add in dramatic jangle pop riffs and you have a strong return effort for Joyner.

"Hung The Moon." The second single from Settle In “...references the difficulties of trying to connect with someone you love,” Joyner told Will Oliver of We All Want Someone to Shout For. “It’s about a big love so that is how I wanted the track to feel – almost otherworldly.”

Otherworldly is something Joyner does well. “Hung the Moon” has a clean, synth-driven sound and a swelling, modern take on the 80s pop sound that’s currently in vogue. “Hung the Moon” feels like logical growth from Maybe Sometimes, with emotional vistas that are a little clearer, less filtered in the ethereal gauze that adds mystery to Joyner’s work.

Like many of her songs, however, there are references to a broken relationship, and the loss of innocence that comes from heartbreak, or even the realization that someone’s not who you thought they were. Joyner continues to develop her already masterful ability to strike inner chords of nostalgia and loss that pull the sweetest melancholy, still warm with regret, from her listener.