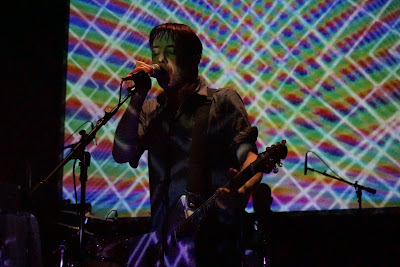 Live music connoisseur Ben Kirst has been to a show or two over the years and knows a thing or two about what makes for a good one. Read on for Ben's thoughts on the night Wolf Parade came howling in to DC.

Wolf Parade will make you believe: Saturday, Feb. 22 at 930 Club

“What is it now, like, 8:15?” guitarist / vocalist Dan Boeckner of British Columbia’s own Wolf Parade asked the crowd at the 9:30 Club in Washington, DC on Saturday at, well, about quarter after eight in the evening, and midway through the band’s show in support of its fifth album, Thin Mind. “And it’s already a fuckin’ party!”

Boeckner and band mate Spencer Krug, Wolf Parade’s singer and keyboardist, made gleeful reference to the time throughout their latest local performance, tickled, it seemed, to be the early act. It must be thrilling, in their line of business, to be able to call it a day by nine o’clock. 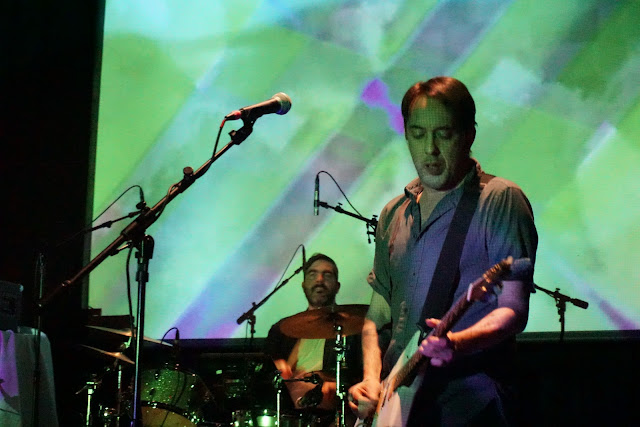 The not-quite-prime-time time slot may have given Wolf Parade an extra bit of energy that allowed the band to bring their fastball to the nation’s (World Series-winning) capital. Wolf Parade—Boeckner, Krug, and drummer Arlen Thompson, a trio of forty-somethings and music lifers for whom an endless tour can quickly turn into a stanza from “Turn The Page”—put on a memorable show for the contingent that comfortably filled the house at V and Ninth Street NW on this chilly February night.

The band opened with a deep cut, “Soldier’s Grin” from 2008’s At Mount Zoomer, followed by some brief sound adjustments and “Grounds for Divorce.” It was the first of several from Apologies to the Queen Mary, the 2005 debut album that earned a 9.2 on Pitchfork, validated the hype over Wolf Parade’s Modest Mouse/Arcade Fire connections, and launched the band into a trajectory that it couldn’t quite maintain, if we’re being honest. 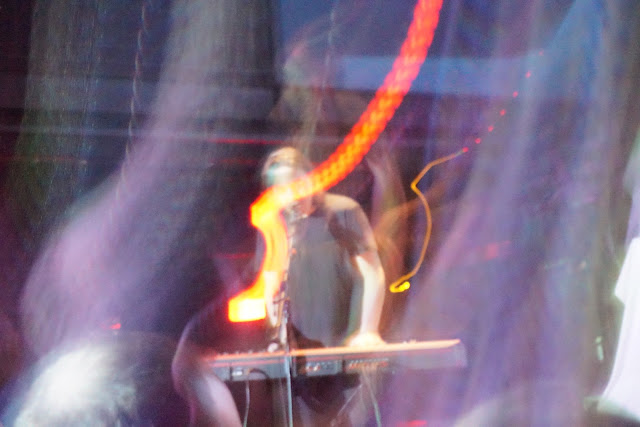 They were into this. You could feel it early. Two songs in and Boeckner was already a sweaty mess. Krug was conducting an invisible orchestra with his free hand while singing, playing, and somehow dancing on one foot, which he had propped at a sharp angle on a gear case next to his rig.

The band then dove into a pair from Thin Mind, the album’s lead single “Against the Day” and newest release, “Julia Take Your Man Home,” which represent Wolf Parade in 2020 about as well as any tracks can: highbrow intent can cause intense eye-rolling and inherent theatricality that borders on self-parody balanced by an earnest, almost Spingsteenian level of performative earnestness that brings the listener back in, especially in this live setting.

“You’re Dreaming” and “Lazarus Online,” a pair of tracks from their 2017 comeback record, Cry Cry Cry, could be cornball anthems in the wrong hands. Boeckner, Krug, and Thompson make you believe. Same with “Modern World,” from Queen Mary.

The band hit full stride at the midway point, with a buzzsaw version of Thin Mind’s “Fall Into the Future” (a track Krug once noted has a “Take A Chance on Me” vibe), sounded like an absolutely raw outtake from a mid-1980s Talking Heads session, with its jagged guitar and tribal rhythms. 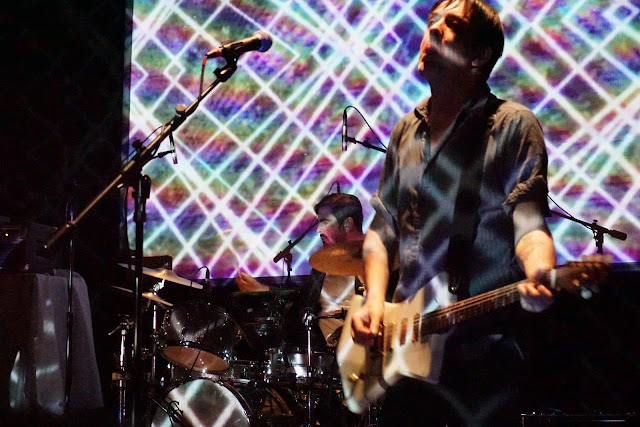 Krug and Boeckner’s synth and guitar lines twisted and melted through “The Static Age,” another Thin Mind selection, as the band displayed a vintage new wave sensibility that I’ve never picked up in the studio recordings.

The crowd was pleased with “I’ll Believe in Anything,” Wolf Parade’s Spotify leader with over 11 million streams. “Forest Green,” another early single from Thin Mind, and “Out of Control” offered more opportunities for Boeckner and Krug rave-ups. The set closer, Mount Zoomer’s “Fine Young Cannibals,” sounded like Spoon at its peak.

“Well, folks,” Boeckner said as the band returned to the stage for an encore that consisted heavily of treats from Wolf Parade’s earliest recordings, “I feel like we drained the swamp tonight.”

I know I was drained. Well done, gentlemen.


[words and photos of Wolf Parade by Ben Kirst]