Video of The Day: Kiwi Jr. 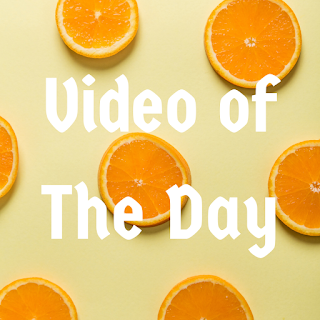 With under a week to go before Kiwi Jr.'s debut, Football Money, is released, today feels like a good day to talk about the divine, scuzzy jangle of "Gimme More." The song is a rambunctious burst of fuzzed-up, late-night-at-your-favorite-smoky-dive-bar perfection. Every now and then the song gives off Parquet Courts channeling Modern Lovers magic, with plenty of shimmy. And what other song has a lyric about a baby scorpion?

The goal when shooting the song's video, according to director Sean Foreman, was to make it "feel like it was based off dream logic. Things don’t make sense, the band keeps popping up, rooms are oddly connected somehow, it’s nonsense but at the same time there seems to be some undercurrent of reason guiding things." Mission accomplished on that front. The band pops up on TV, in a bar, and in someone's apartment, in a time and space-defying circuitous route.

The band's host was their favorite bar, "our favourite bar in Toronto - Black Dice Cafe. It's a rockabilly bar and though Kiwi Jr is very unhip to that scene, we tried to pay it justice by wearing leather jackets." Don't let them fool you - they look right at home. As for the song and the video, odds are you'll be saying...wait for it...gimme more.