Video of The Day: Guiding Light 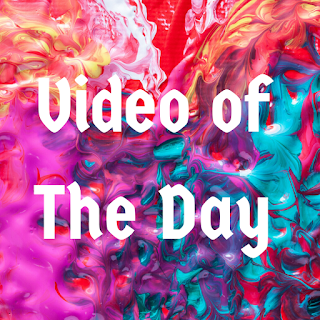 Things started off promisingly, but it hasn't taken long for 2020 to feel like it's going to be even gloomier and doomier than last year. There's a not-so-subtle hint of oblivion in the air. If we're all going to be rushing headlong into some kind of apocalyptic year, Guiding Light's "Into the Arms of Nothing" has to be on everyone's End of Times playlist.

Chuck Davis and Jason Russo are releasing their second record (Weird Pains) as Guiding Light this year, and the duo's sound proves once again to be influenced by/reacting to the automated, computerized, immediate gratification-obsessed, vitriolic cancel culture in which we all find ourselves. And yet, just as their patron saint Leonard Cohen was so often able to do, they find a way to make something wonderful, something beautifully bleak out of the darkness. "Into the Arms of Nothing" incorporates cold beats, Davis's breathy vocal incantations, and by-the-pricking-of-my-thumbs guitar spikes to form something penetrating, something now. It's got a sense of both urgency and detachment, and then, just like that, it's gone.

The video plays with the current cultural fondness for the 80s/90s, using footage of elderly nursing home patients and a crabby video game character (not to mention a sweet font for the lyrics) as somewhat off-putting foils for the song.