Video of The Day: Draag 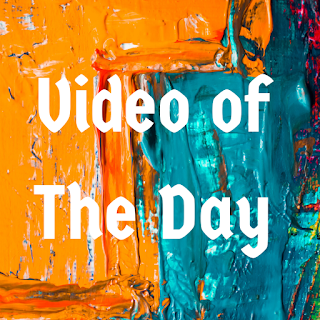 LA quintet Draag's new single, "Ghost Leak," is a thing of beauty--though it's the kind of beauty that's borne out of sadness. According to the band, the song "is the feeling of being completely invisible and inconsequential," while also "a message to someone we lost--to let them know they weren't invisible."

"Ghost Leak" is truly transfixing, swirling and spectral and haunted. It's a lighter shade of shoegaze, with Jessica Huang's vocals lifting and lightening the shadows. What makes the song really special is the way it feels both downcast and uplifting, much the way it embodies both a velveteen midnight or a sun-dappled morning. "Ghost Leak" gets under the skin in a major way.

In the band's self-directed video for "Ghost Leak," Jessica Huang embodies the song's inspiration, as she pops up in various everyday scenes in non-touristy LA, at times incongruous, present but hardly noticed. At the video's end, Huang holds a jade statue of three horses, which is a poignant and symbolic moment. After all, one of the meanings attributed to jade is "love and accept yourself," and that's a sentiment we could all stand to take to heart.