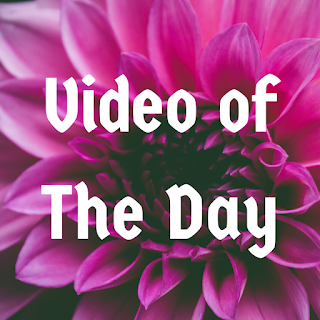 Many years ago, your blogette was faced with a choice: What to do the night before one of the last final exams of her college career? The choice was simple, either stay home cramming or drive several hours roundtrip to see Badly Drawn Boy live. Like any good music obsessive, obviously I went to the gig (and even did alright on the exam, as it happens). It's a choice I still don't regret.

What's that little anecdote got to do with anything, you're possibly wondering? Well, I'm hoping it'll give you an idea of just how exciting it is that Mister Damon Gough released some new music. "Is This A Dream?" is "a sound collage of chaos and confusion to reflect the ridiculous times we live in," according to Gough, a "deliberately cartoonesque sonic poke in the eye." Though the world is quite a different place than it was when Badly Drawn Boy's glorious The Hour of The Bewilderbeast record was released, the new single has some of that same magic of old, the same certain sense of wonder and wide-eyed enchantment found in the everyday.

What better for this song, given its inspiration, than to have a representation of Gough's comments above, a visual collage of chaos and confusion? The Broken Antler-directed clip is full of color and zany images, finding humor (and something lovely) in the absurdity.

Details about a new Badly Drawn Boy record should be coming soon. Now that's what I can good news, indeed.