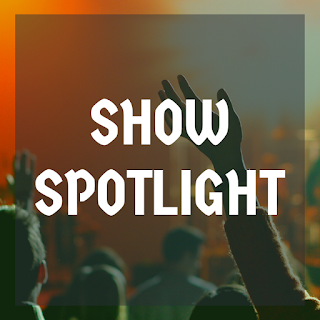 Beach Fossils is still going strong a decade after their debut — and three years since their last record.

Enigmatic Brooklyn indie rockers Beach Fossils are coming to Baltimore this week. The show, slated for Friday, Jan. 17 at 9 PM at Ottobar (2549 N. Howard St.), includes a set from Negative Gemini and is sold out.

Great! I like Beach Fossils. When last I attended a Beach Fossils show, it was in 2013 as part of the Clash the Truth tour at The Tralf in Buffalo, NY. I’d read a lot of stories about their crazy live sets, stories that were a little difficult to believe based on the band’s recorded output, which sounded like a slightly-more-aggro version of Real Estate than legit punk rock (although the eponymous lead single from the Clash the Truth album straight up stole its riff from the Sex Pistols’ “Pretty Vacant”).

But who knew? They were close friends and associates with the likes of the aforementioned Wild Nothing and DIIV, bands you definitely could imagine doing strange and violent things onstage. Perhaps the apple did not fall far from where the tree grew in Brooklyn.

I came prepared for mayhem that did not, for better or worse, materialize. The show wasn’t especially wild, not that I remember, anyway, although vocalist Dustin Payseur did toss himself into the crowd towards the end. The local fans appreciated the gesture. Maybe Beach Fossils will go bananas in Baltimore; it’ll definitely be a bigger crowd.

So what has Beach Fossils — Payseur, guitarist Tommy Davidson, bassist Jack Doyle Smith — been up to since last they released a new album (2017’s Somersault)? Not too many clues on their official bio. Based on their surprisingly popular Instagram account, they started touring pretty regularly when Somersault came out, and basically never stopped. They’ve been to Australia, crisscrossed America. Payseur appeared on a Sasami single. Beach Fossils is just kind of around.

Why not? After the Baltimore show, they’ll tour the south for a month. In January. Instead of sitting around Brooklyn. That’s just smart.

And people love them! Case in point: a recent viral performance of Pantera’s “Walk” with the ubiquitous Post Malone. A decade in and still contributing to the culture. Beach Fossils is out there doing it, people.