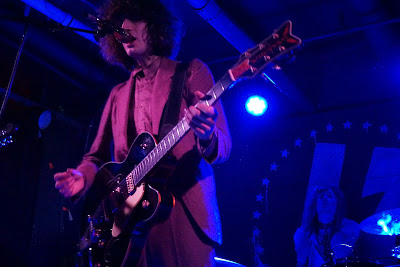 Live music connoisseur Ben Kirst has been to a show or two over the years and knows a thing or two about what makes for a good one. Read on for Ben's thoughts on the night Temples brought their glammed-up psychedelic revivalism to DC.

Temples made a believer out of me: British psych-rock favorites deliver a crowd-pleasing set at U Street Music Hall

There are some bands that are just better live. For whatever reason, they just can’t match the energy, the rawness of their live performance, on record. There’s a sterility to the studio that can be hard to overcome when the producer can’t quite find the heart of the thing. 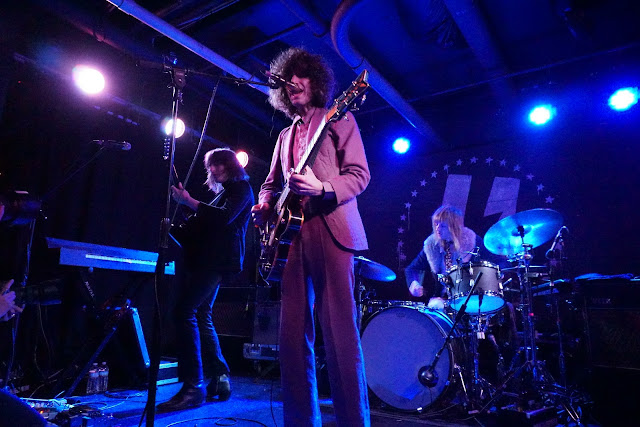 If the band from Kettering — an exurb of London, about 70 miles north of the British capital — makes a habit of playing fiery shows like they did at Washington, DC’s U Street Music Hall on Monday night, then they are doing themselves a bit of a disservice when they put their music on wax, as they did in 2019 with their third full-length album (and first on ATO Records), Hot Motion. Produced by lead singer/guitarist James Bagshaw, Hot Motion has plenty of professional sheen, but feels like paint-by-numbers retro-psychedelia remixed for the 21st century. 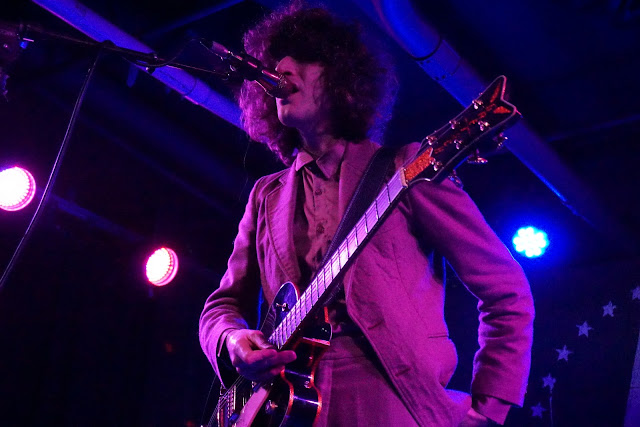 Live? Well, hot damn, they just about scorched a hole in the subterranean roof of the U Street Music Hall. Temples leans hard into their 1970s glam rock motif, from the platform shoes and vintage flares to epic, arena-worthy sound collages that unambiguously rock on a level that is not that easy to find in the year of our Lord 2020. 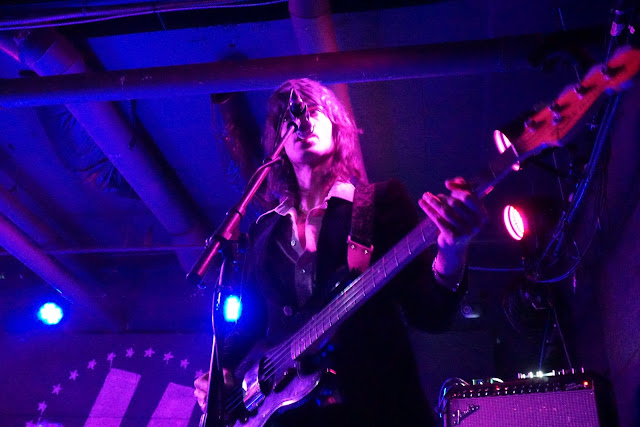 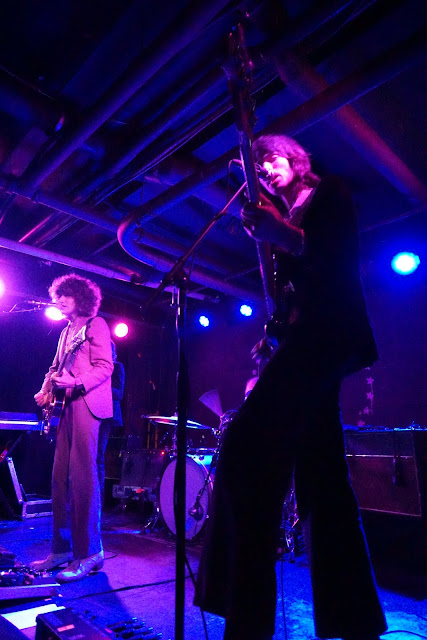 Bagshaw, bassist Tom Walmsley, keyboard/guitarist Adam Smith, and new drummer Rens Ottink opened by ripping through “The Howl,” a deep cut from Hot Motion, and followed with “Certainty,” the lead track from their 2017 sophomore record, Volcano. 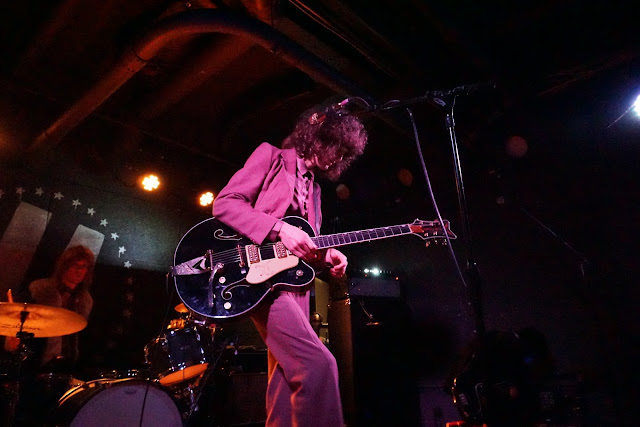 After “A Question Isn’t Answered” — more fan service, a track from the band’s 2014 debut, Sun Structures — Bagshaw invited the photographers buzzing around the stage to make themselves scarce and encouraged his (heavily female) audience to move in closer before cutting to the highlight of the first quarter of the show, a trancy version of Hot Motion’s second single, “You’re Either on Something.” 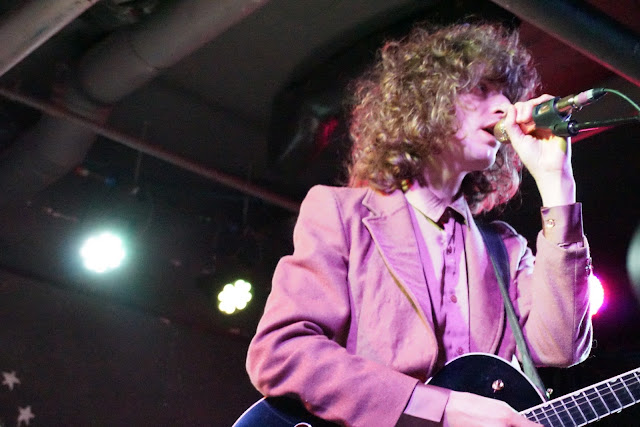 Temples, it should be noted, contains four outstanding musicians. Bagshaw is a scratch guitarist with subtle stage moves that one must watch closely to appreciate (and his fans certainly did). Walmsley delivers clever, contrapuntal bass lines. Smith moves expertly between his two instruments, and Ottink is a holy terror on his kit. 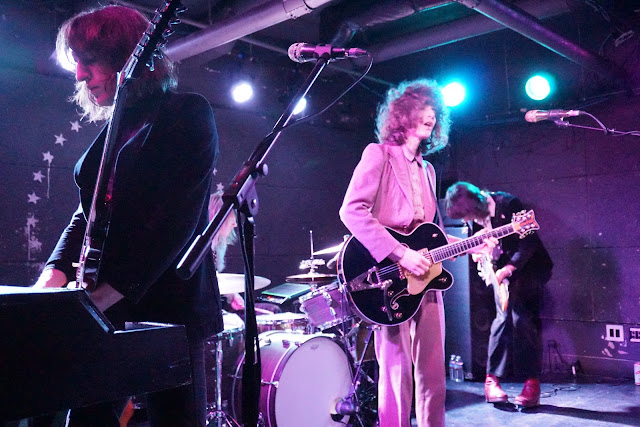 As the band tore into “Colours to Life,” “Holy Horses,” “The Golden Throne,” and “Oh the Saviour” — again drawing heavily from their earlier work — you had to give them credit: in the wrong hands, these extra-strength doses of old-school rock riffage would come off as cheesy (remember what I said about The Darkness?). Temples, however, sounded like the greatest bar band on the planet, the “cosmic space music” Noel Gallagher heard when he first encountered the group in 2013.

Which makes their records all the more frustrating! Listening to Temples repeatedly in anticipation of this show, I nearly went blind rolling my eyes. I mean, “Holy Horses?” That’s almost some Spinal Tap shit. Then, all of the sudden, they’re tearing through that song five feet from your face, and boom, I’m a hardcore Temples fan. 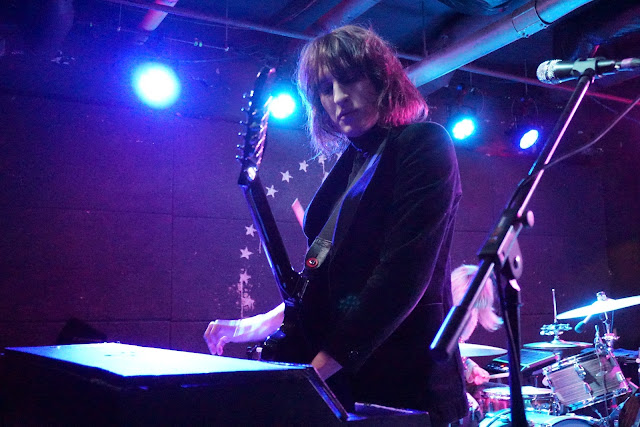 “Hot Motion” was another highlight, and Temples burned versions of “The Beam,” “Context,” “Step Down,” and “Atomise,” all from the new album, into the skulls of their acolytes before closing the proper set with “Shelter Song,” the 14-million-Spotify-streams, 4-million-YouTube-views breakout hit from Sun Structures.

There was never any doubt about the encore — the songs were literally stamped onto the set list — and for a band that embraces tradition like Temples, you’d expect nothing less. The foursome seemed pleased by their own performance, the audience strolled happily into the night, and I found myself singing the refrain to “Holy Horses” on the Metro platform this morning. Quite a January evening.


[words and photos of Temples by Ben Kirst]