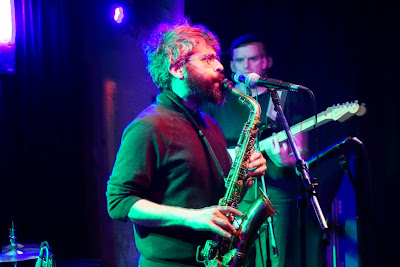 Live music connoisseur Ben Kirst has been to a show or two over the years and knows a thing or two about what makes for a good one. Read on for Ben's thoughts on the night Modern Nature brought their existential, pastoral noise to DC.

There comes a time in every person’s life, the people who like to go listen to music in person, anyway, when you’re standing in a small venue late at night with the next workday coming faster than you care to consider and you ask yourself, what am I doing here?

That was the feeling I had last Thursday night as I walked into Comet Ping Pong in Washington, DC to see Modern Nature, former Ultimate Painting/Mazes vocalist and guitarist Jack Cooper’s semi-experimental folk/jazz project with Sunwatchers saxophonist Jeff Tobias.

I’d just worked a 12-hour day and was staring down another on Friday. I was doing the mental algebra about set times, hours of sleep, Metro schedules, and the other factors and integers that go into balancing one’s real-time relationship between art and commerce.

An hour later, in a crowded room that was absolutely silent save a slight hum from Tobias’ horn and Martin Hammer’s (otherwise known as Marcus Hamblett) looping organ chords, Cooper was whispering to “...break through the mountains/end of the river/leave all you can behind” from “Devotee,” the closing track on Modern Nature’s debut record How to Live, and it felt as though every life choice I’d made was on trial.

How to Live has been described as, “...a break-up album, though with society as a whole instead of any individual partner.” The band has a short film, How to Live?, that actually asks the question.

“This record started as a way of processing different questions that naturally arise when going about our daily lives,” Cooper explains in the video. “How to live? How to stay buoyed? How to stop yourself from going mad? How to move around? How to see joy or optimism when you’re surrounded by things that are falling apart?”

It’s something you can feel in the live show.

Cooper, Tobias, Hammer (Hamblett), and drummer Jim Morris took the stage with zero fanfare (keyboardist Will Young and drummer Aaron Neveu weren’t at the DC show, nor was cellist Rupert Gillett, whose work appears prominently on the recording) shortly after 11 following a well-received set from the Brooklyn psych-folk quartet Olden Yolk.

Cooper stepped to his microphone — tucked into the left-hand corner of the small stage — and asked the audience to please finish their conversations, as they were ready to get started. It was difficult to tell if he was joking or not (he later said he was). It reflected, intentionally or not, the Modern Nature aesthetic: what we're dealing with, people, is a serious business. 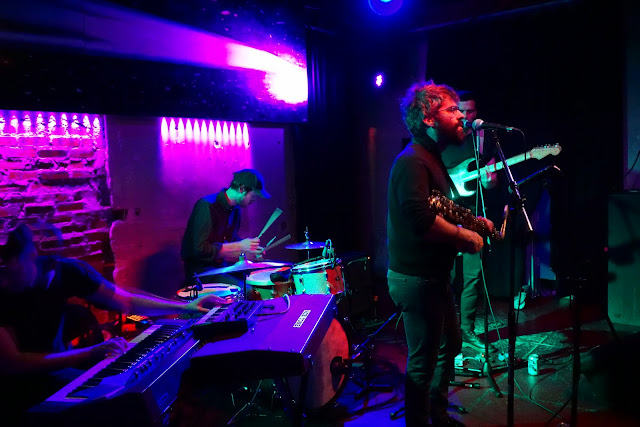 Live, Tobias played a significantly larger role than he did on the record, with the avant-bop style reminiscent of his work with Sunwatchers on much greater display. He tore through stunning improvisations on “Footsteps” and the extended jam that grew out the aforementioned “Devotee.”

Hammer (Hamblett) was the backbone of the performance. His electric organ and MIDI loops provided the palette on the opening medley of “Bloom,” “Footsteps,” “Turbulence,” and, one of the highlights of the night, “Criminals,” on which Tobias painted his yellow-orange horn bursts and Cooper scraped his spidery guitar threads and steel-gray vocals.

Morris was subtle and muted in his playing. He cut through on an elegant version of the band’s first single, “Peradam,” and was the driving force behind a maraca-charged “Seance.”

The message of Modern Nature — the theme behind it all — is to stop and look at the world, our world, and explore how our decisions are strangling what is natural and spiritual.

It could be the coal-fueled power plant that sits on the edge of a lake that provides drinking water for millions of people, as there was in my hometown. It could be the suburban sprawl that’s forcing deer to eat your trash or race in front of your car to avoid starving to death.

It could be the job that you work 60 hours a week, to afford the car you drive to your home miles and miles away, and those three things — job, car, home — effectively serve to segregate you from the rest of the world.

Performing live, in a small room with 50 or so other people, late at night in a quiet corner of the nation’s capital, that message was delivered by Cooper and friends like a punch in the forehead.

The question I was left with, after a show that affected me more than I initially thought, was simple but nearly impossible: what can you do? Can we really find, as Cooper whispers, the edge of the city, the end of the people, and leave it all behind?


[words and photo of Modern Nature by Ben Kirst]