Video of The Day: Neon Indian 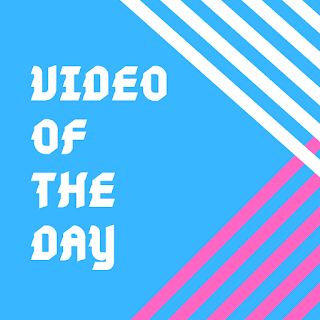 It's not unusual for a Neon Indian song to make one feel like busting out some sweet dance moves, and new single "Toyota Man" is definitely no exception. The song takes Alan Palomo's project in a new direction, the sleek midnight of previous Neon Indian efforts now bringing in lively cumbia bounce and more syrupy rhythms. Palomo also sings almost entirely in Spanish, and it's the first time he's really gotten political in his music.

For the song's excellent video, Palomo gave things a vintage feel, with madcap comic antics galore. I love everything about it, especially the ending (farewell, giant 45 pinata).

Says Palomo, “'Toyota Man'” was filmed along the road map of what essentially was my path to American citizenship: Monterrey, the Nuevo Laredo border, San Antonio, and finally Austin. The process is a multiple decade commute known by many Latinos and other Americans. Though my music has always been generally apolitical, I realized when recording this song that it was impossible to write biographically (in the rhetorical context of the Trump administration) without being entirely that: political. The story of my family, which before felt commonly American, was suddenly politicized. Recognizing the absurdity of it all, I thought it would be refreshing to address the social narrative around immigration through comedy - nods to Benny Hill, misremembered San Antonio car commercials, and School House Rock. My family and I had a ton of fun making this and I hope it’s equally as fun to watch."