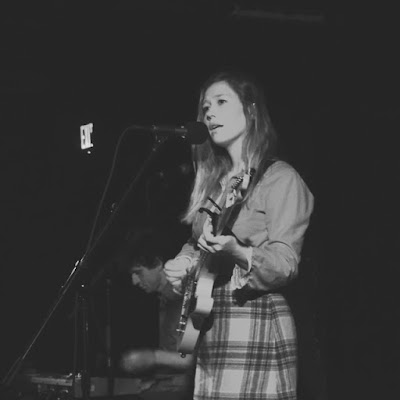 Live music connoisseur Ben Kirst has been to a show or two over the years and knows a thing or two about what makes for a good one. Read on for Ben's thoughts on the night Julia Jacklin came to DC.

There is such joy in watching Julia Jacklin perform live.

When Jacklin’s voice cut and soared — like it does at the end of “Turn Me Down,” when she holds a long, high note into silence, and then comes in with the coda, “Don’t look at me / Look at the center line / Maybe I’ll see you / In the supermarket sometime” — the Sunday night crowd at Black Cat in Washington, DC, screamed in appreciation. Screamed! This happened several times.

She’s just so good in concert. So is her band — Will Kidman (guitar), Ian Daniel Kehoe (drums) and Ben Whitely (bass) are a collection of goddamn pros — but Jacklin is magnetic. That voice, oh, that voice, some alchemical combination of Joan Baez and Hope Sandoval and Sam Beam that cuts right through to the heart of you.

Jacklin is a solid rhythm guitarist and, as she showed during opener Christian Lee Hutson’s performance, a competent drummer, but it’s her voice that stays with you. I admit I may have rolled my eyes a bit when KEXP’s Cheryl Waters couldn’t stop crying after Jacklin’s live performance of “Don’t Know How to Keep Loving You.” When I heard it myself, I understood. 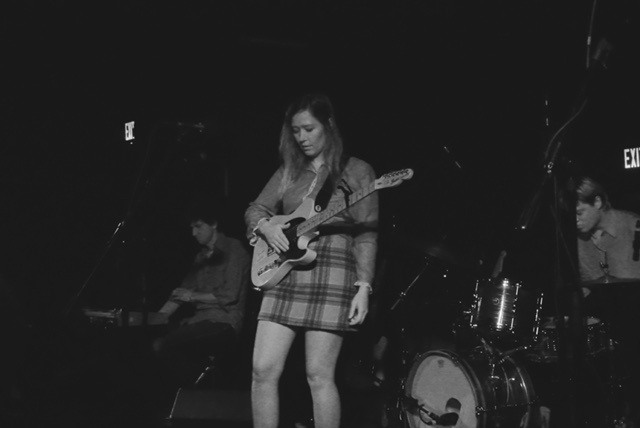 Jacklin’s amazing vocals were on display from the start. She opened her second DC appearance in a year with “Comfort,” the closing track on her latest album, Crushing, standing alone with her guitar in the red light at the foot of the stage. It’s a melancholy song about convincing yourself you’ll be fine after a breakup, and Jacklin captured the sweet sadness of loss, coupled with hope for a better future, like someone who knows.

Crushing is full of songs that veer towards the rougher side of relationships, as many of her interviewers are quick to point out. Live, however, the songs felt bouncier, more exuberant, even when dealing with heavy subject matter like the right to one’s own personal space (“Head Alone”) or the urgent need for empty romantic validation (“Good Guy”).

Some critics have placed Jacklin in the alt-country space, and while I’m hesitant to use the term alt- for anything these days, you definitely hear the rootsiness come through in concert. It’s not hard to imagine Crazy Horse-era Neil Young tearing through “Don’t Know How to Keep Loving You.” 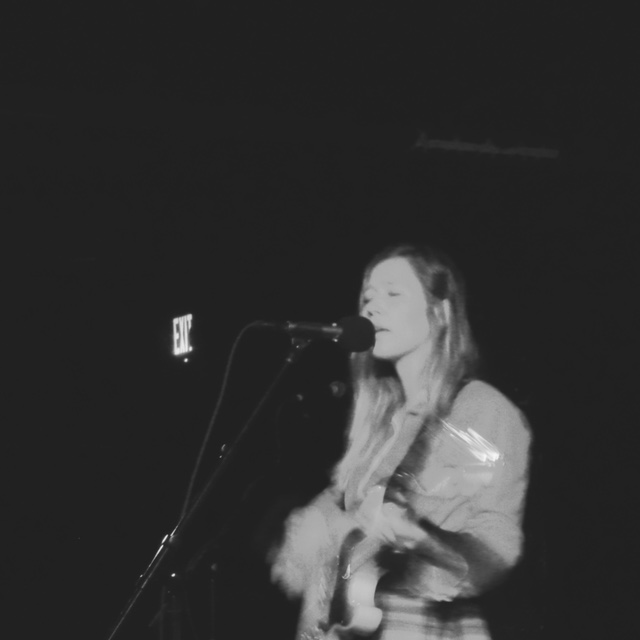 She followed “Comfort” with a spirited version of “Body,” one of Crushing’s early singles, and “Leadlight,” a track from her 2016 debut, Don’t Let The Kids Win. She dedicated “Cold Caller,” from her 2017 single “Eastwick,” to her sister, who she called “the strongest person I know.”

Jacklin asked who had to work the next day, noting, with a shrug, that “money makes the world go ‘round,” before driving through strong versions of “You Were Right” and “Turn Me Down.”

Jacklin performed “Convention” solo at center stage, giving the band a brief break, before pushing through a tender version of “Good Guy” and a rendition of “Don’t Know How to Keep Loving You” that felt like a jet taking off directly from 14th Street. She closed with a trio of crowd-pleasers: "Pool Party,” “Head Alone,” and “Pressure to Party.”

The encore was unique — she soloed again on “Don’t Let the Kids Win,” and brought out Hutson, Kehoe, Whitely, and Kidman, all on switching instruments into a semi-humorous road ensemble they’ve dubbed Deep Heat, to close on a glorious version of Avril Lavigne’s “I’m With You,” Jacklin’s vocals soaring through.

The place went wild. What else would you expect?


[words and photos of Julia Jacklin by Ben Kirst]