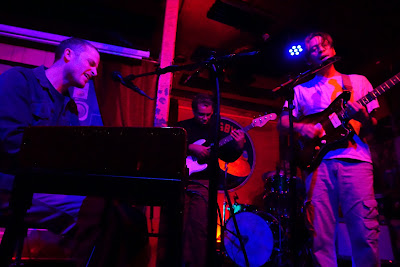 Live music connoisseur Ben Kirst has been to a show or two over the years and knows a thing or two about what makes for a good one. Read on for Ben's thoughts on the night Hovvdy came to DC (also known as the night the Nationals won the World Series).

Hovvdy, the Austin-based indie pop duo of Charlie Martin and Will Taylor, arrived in Washington, DC on Oct. 30, a rainy Wednesday night in the nation’s capital. While much of the city’s attention was focused on Game 7 of the World Series — the Nationals’ ultimate victory drew a 31.8 TV rating in DC — a few dozen fans crowded into the subterranean basement at Songbyrd Music House and Record Cafe in Adams Morgan to enjoy what turned out to be a lengthy set from the Texas twosome and their three-piece backing band.

“Are you guys still having fun?” Taylor asked the crowd shortly before he and Martin kicked into the bright, electric piano-driven “Mr. Lee,” one of the first singles from the band’s new record, Heavy Lifter. “Yeah? You still with us? OK,” he said when the audience answered affirmatively. “Thank you for sticking around.”

The Songbyrd show was the eighth stop on Hovvdy’s current 20-show North American tour and the band — which included fellow Austinite Caroline Sallee of opening act Caroline Says, on keyboards and guitar — was sharp.

Martin and Taylor led the quintet through a 16-song, 80-minute set that drew deeply from Heavy Lifter and 2018’s Cranberry, pausing frequently to thank the crowd and the openers (the aforementioned Sallee and Indiana’s Kevin Krauter), introduce their bandmates, and comment on the high quality of the beer provided backstage (“fancy beers,” as Martin noted).

Set highlights included a stirring rendition of the band’s latest single, “Cathedral,” during which Taylor enthusiastically shed his guitar in favor of a tambourine. “Ruin (my ride)” and “Watergun,” a pair of Heavy Lifter cuts that wouldn't sound out of place on a compilation of mid-1990s alt-rock hits, took on a fuzzier edge live that suited the songs well.

Mid-set, fans from the back of the room called specifically for “Petal,” Hovvdy’s 7-million-plus stream favorite from Cranberry, and — after some consultation between Sallee and Taylor — the band obliged. 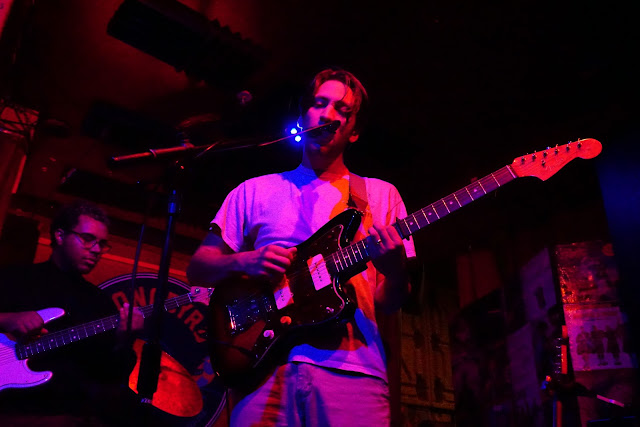 Martin and Taylor have discussed their fondness for pop music artists like Playboy Carti and Frank Ocean in recent interviews, and Heavy Lifter’s beats do feel referential of the burgeoning lo-fi hip-hop movement. While the band’s aesthetic may not necessarily reflect the common conception of platinum-selling (or streaming) hip-hop or R&B artists, Hovvdy’s performance at Songbyrd did change the way I’d interpreted some of their work.

Often pegged as a melancholy, so-called pillowcore band by critics and reviewers (like one I know pretty well), the band was much more easygoing live than I would’ve expected. The guitars buzzed a little louder, the rhythms kicked a little harder, the melodies edgier, more obvious.

Some of that is to be expected, sure, but it added a joyous element to Hovvdy’s occasionally somber studio output that was, to be honest, refreshing, and allowed the songcraft to connect in a way that doesn’t necessarily make you want to gaze stoically across a lonely prairie.

In person, Hovvdy is — well, they’re a lot more loose.

“Melody is super important,” Taylor recently told Talkhouse. “It’s the best way to connect to someone, in my opinion. You can say a really powerful lyric, or a lyric no one can disagree with, but if you don’t sing it interestingly, it just doesn’t matter. So it’s been fun to focus on melody.” 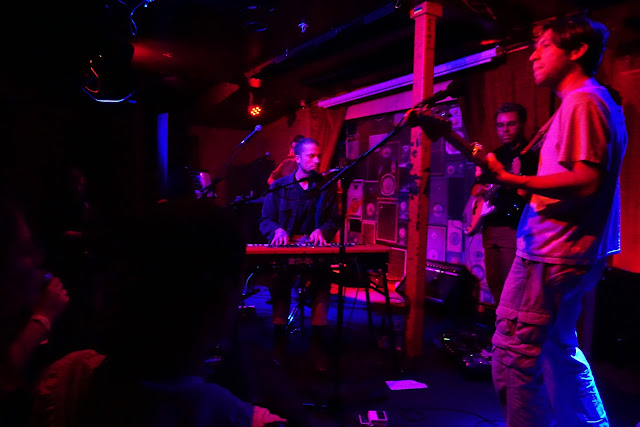 Melody, in turn, makes Hovvdy more fun. Martin, Taylor and crew will remain on the road throughout November — for a full list of upcoming dates, check out the band’s Facebook page.


[words and photos of Hovvdy by Ben Kirst]