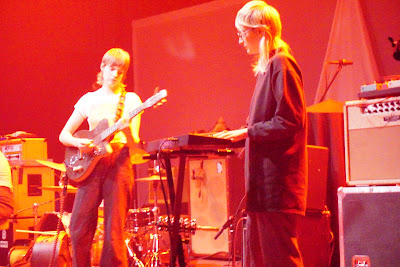 Live music connoisseur Ben Kirst has been to a show or two over the years and knows a thing or two about what makes for a good one. Read on for Ben's thoughts on the night Empath came to DC.

Here is my hottest take of November: Empath is the best band in America right now.

I don’t even know who the competition would be. Sure, there are a lot of great bands out there — most of them, like Empath, from Philadelphia, it seems — but no one is doing it like Empath.

Empath — guitarist/vocalist Catherine Elicson, keyboardists Emily Shanahan and Randall Coon, and drummer Garrett Koloski — creates music that sounds completely, utterly original. I don’t even know what their reference points are. I can’t even guess. (Actually, Elicson mentions Times New Viking in Matt Grosinger’s definitive biopiece from the summer of 2018, a fairly obscure noise-pop band from the mid-2000s that I remember listening to on the paid version of Napster when that was briefly a thing pre-Spotify.)

(Also: their first recordings were mixed by guys from Perfect Pussy — Koloski’s old band — and Deerhoof, which does make sense, you can kind of hear it.)

Grosinger notes that Empath recorded some of the vocals on its first two EPs using a USB microphone from the video game Rock Band. They created what was essentially a concept record around a Solfeggio frequency they particularly liked. What’s a Solfeggio frequency, you ask? It’s complicated, but it involves math, the Bible, and conspiracy theories. It’s all part of the foundation of some new, unnamed genre that only Empath inhabits. Well, not completely unnamed, as the queer-positive quartet tagged itself "gay ass rock" on Bandcamp. So there you go. 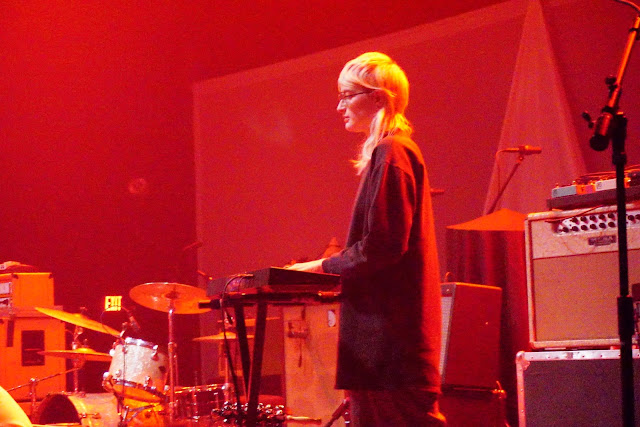 My original take isn’t that hot, I guess, considering Rolling Stone wrote the band up last year, and The Fader and The Guardian and Pitchfork (“Big rainbows of chaos!” So Pitchfork) and Stereogum and multiple other reputable sources have said lots of nice things about the band already. They signed to Fat Possum Records this summer, a bigger indie, after working with Get Better Records for the previous three years.

It’s just this — you watch Empath, like I did on Sunday night at the band’s latest Washington, DC show, this time at 9:30 Club, a fairly significant step up from their Comet Ping Pong show in April, open this particular show for La Dispute and Touche Amore, two perfectly fine bands with crazy fans and the ability to fill a decent-sized club.

And Empath is so different from those kinds of bands — from the way they sound to the way they look to the way they approach their music — that it’s just unbelievable. Empath is just so fucking cool — from Elicson’s Bowie-esque mullet to Shanahan’s offhand virtuosity to Koloski’s bare feet to Coon peering over his synth like he’s pecking at a typewriter — the physical and sonic embodiment of a loud, low-rent, post-college “NO” middle-class mundanity.

They’re so goddamn good that I thought I was going to have a seizure. 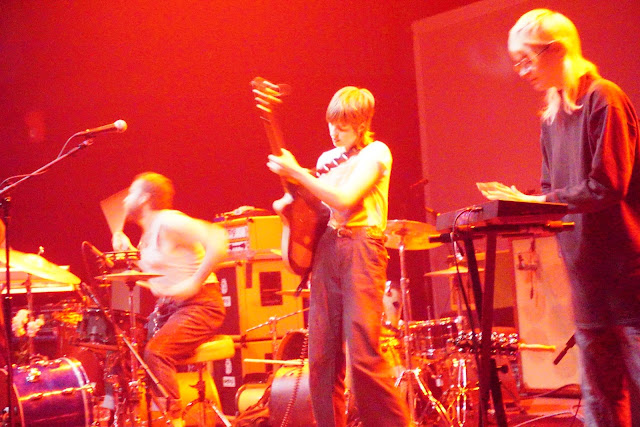 Empath opened with the first track from its first full-length, Active Listening: Night on Earth, “Soft Shape,” and it did not take long to establish that Koloski is one of the great drummers of our day, this generation's Keith Moon, if you will, just unbelievable.

In fact, for a sound that seems so loose and simple at times, Empath’s music is wildly complex — a big rainbow of chaos! — driven by Koloski’s relentless attack, Shanahan and Coon’s swirling keys, and Elicson’s insistent vocals and buzzing guitar. Empath hits you with wall of sound that builds and builds until bursting into a psychotic breakdown, like the extended coda to the second song on the set list, “Hanging Out of Cars,” that made lobes of my brain shut down briefly.

That sonic meltdown fused into “Rowing” and then “Pure Intent,” a song whose climactic, doodling toy-organ solo is one of the greatest things about 2019. Elicson tore through “The Eye” from the Liberating Guilt and Fear EP, whose chorus, “You don’t have to spend all of that money on me, baby,” was one of the greatest things about 2018. The band dipped into 2016’s Crystal Beams of Light, Vol. 2 for “Soft Beams of Light,” “Polyfoam” from the 2018 single, and closed with “Decor” and “Roses That Cry” from their latest release. What a show.


[words and photos of Empath by Ben Kirst]