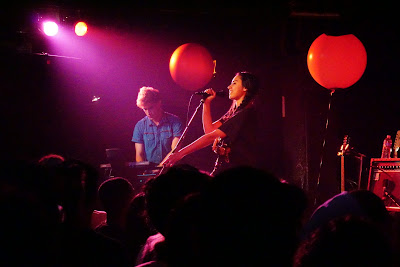 Live music connoisseur Ben Kirst has been to a show or two over the years and knows a thing or two about what makes for a good one. Read on for Ben's thoughts on the night Crumb came to DC.

The recorded works of Crumb, the spookytrance indie quartet from Brooklyn-via-Boston that sold out Black Cat on Wednesday night, could fit on a double-sided 30-minute cassette.

Maybe it’s no surprise, then, that the headliner on a bill with Miami’s Divino Nino and Virginia’s own Shormey came out shortly after 10 PM, nailed a tight, 12-song set (with one encore number), and was comfortably relaxing backstage, I imagine, before the clock struck 11. 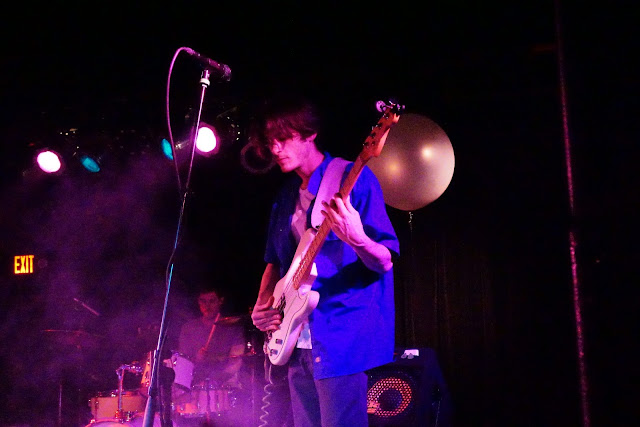 It’s interesting that Crumb — a band described as “psychedelic,” “modern psychedelic,” “psych pop,” “jazzy psych pop,” “jazz-inflected psychedelia,” and so on — doesn’t really jam. You’d expect an outfit with such a spacey sound and beatnik vibe would periodically launch into endless loops of swirling improvisation. Nope. Not at the Black Cat, anyway.

I’m not complaining. Endless noodling can get tedious very quickly, and Crumb — vocalist/guitarist Lila Ramani, bassist Jesse Brotter, keyboard/saxophonist Brian Aronow, and drummer Jonathan Gilad — are polished musicians whose four-minute excursions feel epic without actually being, you know, long. A workingman or woman can appreciate that on a weeknight.

And there were plenty of workingmen and women on hand. The Black Cat announced via Twitter that tickets were gone just a couple hours before showtime. Call it the Fuzzy Logic effect — we’ve been hitting a lot of sellouts lately. What can you say, we pick winners, folks! 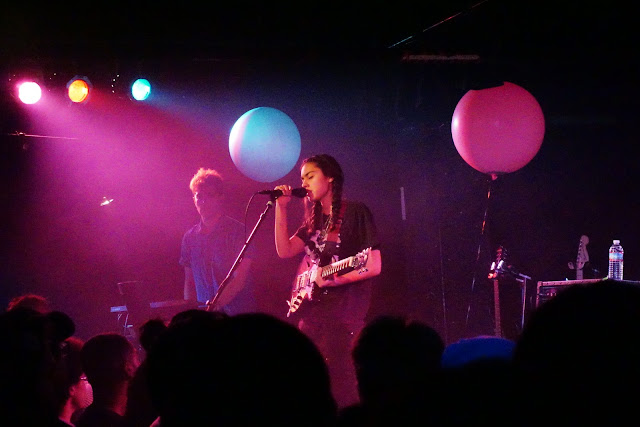 Setting the scene: Crumb’s stage was rimmed with large, globulous helium balloons that stood stock-still throughout the show (at least until Ramani took one to the lip of the stage, bounced it on its string towards the crowd a couple times, and then popped it with scissors, coming perilously close to an overeager fan’s hand and releasing a burst of glitter). There was a fog machine, some halfheartedly heady light cues. It wasn’t exactly Pink Floyd at the Marquee Club.

It didn’t have to be — the psychedelia that lazy writers (cough, cough) are so anxious to hang all over Crumb comes not from seizure-inducing strobes or balloon animals floating over the crowd but from the music itself. Aronow came across, in concert, as Crumb’s secret weapon, his midi/synth precision driving the chills and spills in the band’s oeuvre when the mix threatened to hide Ramani’s intricate guitar work. His avant-saxophoning drew rave reviews from the tuned-in audience.

Brotter, shaggy bangs bouncing to the beat, and Gilad, crouched behind his kit, formed a skintight canvas for Aronow and Ramani to sonically decorate. Ramani, as low-key a frontwoman as you’ll see but a fascinating guitarist, offered little in terms of crowd engagement, but what she lacked in banter she made up in dexterity and art. 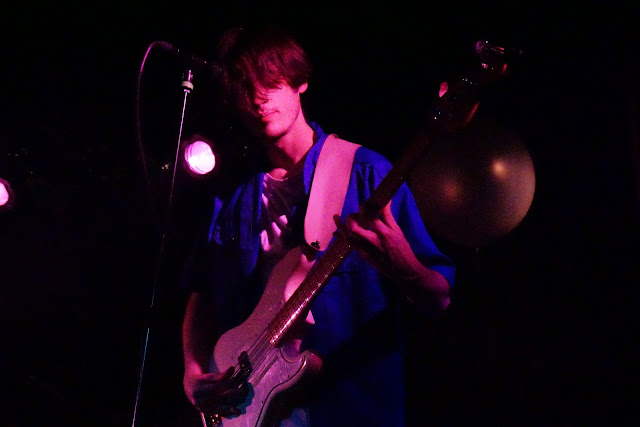 Crumb opened with “Cracking,” the lead track on their 2018 full-length debut, Jinx, allowing Aronow to break out the sax early. The group moved through “Ghostride,” another Jinx track, and “Plants” from 2017’s Locket EP.

“M.R.,” the Jinx single released in September, featured one of the band’s closest nudges towards a legit jam session, but it doesn’t really count because it’s part of the song.

The band then offered the first of two new tracks of the evening, then offered pristine versions of “Part 3,” “Jinx,” “And It Never Ends,” and “Fall Down” from Jinx before bouncing into “Locket,” the 20 million-Spotify-stream fan favorite. 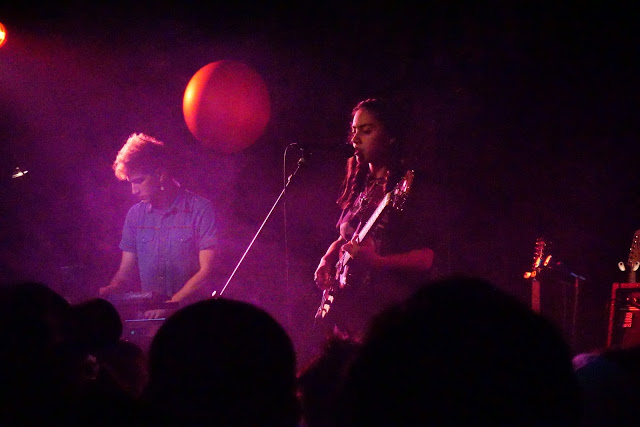 Crumb played one more “newbie doobie,” as Brotter described it, after thanking DC for a wonderful stop on their soon-to-end, two-month North American tour, and brought out the fellows from Divino Nino to dance through the closer “So Tired,” a nugget from 2016’s self-titled EP.

And that was it! A tidy 50-minute show featuring stellar musicianship, an exploding balloon, and, as the house lights came up, very nearly a fight between two young women next to me in the crowd. Cooler heads prevailed, fortunately, and the packed house receded into streets of Washington, DC, a little looser, a little sweatier, with plenty of time to catch the final Metro train home.


[words and photos of Crumb by Ben Kirst]