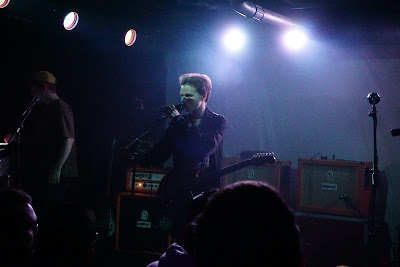 Live music connoisseur Ben Kirst has been to a show or two over the years and knows a thing or two about what makes for a good one. Read on for Ben's thoughts on the night black midi came/saw/conquered DC.

There was something in the air at the black midi show on Wednesday, Nov. 13 at U Street Music Hall in Washington, DC.

I do not actually mean that metaphorically. The buzzy headliner from London drew a healthy crowd of predominantly excitable young men to the subterranean venue, and there was a distinct, heady smell (a mix of sweat, hair, weed, and adrenaline) wafting from the assembled horde of boys in sweatshirts and winter coats, jammed too tightly together in front of the stage. 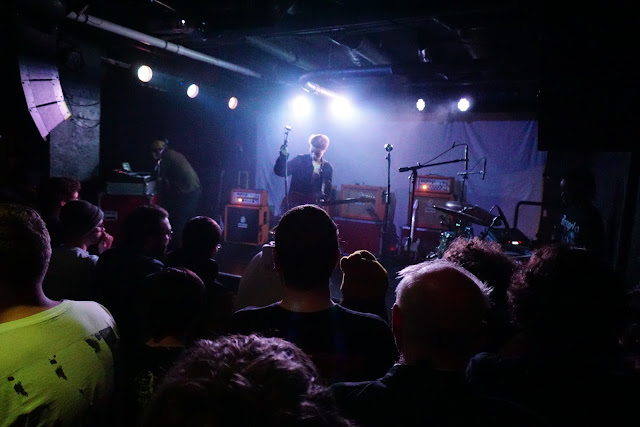 Anyone who’s been to a hardcore or metal show knows that smell — anticipation mixed with a little danger, the understanding that when the lights go down and the first chords hit, there’s a good chance someone’s going to come flying right into your back. Are you gonna push back or hit the floor? Are you ready? 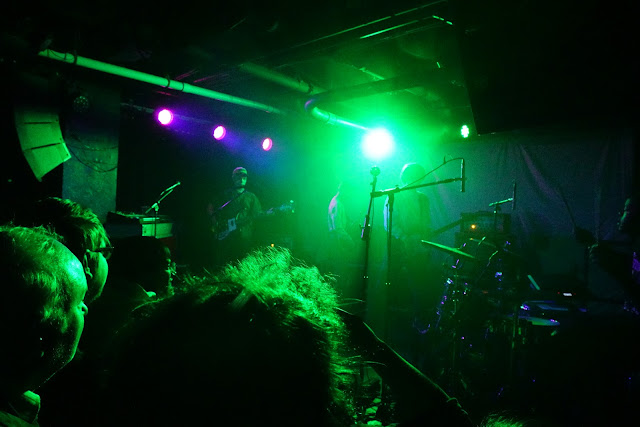 When black midi came out after a well-received opening set from Houston/Los Angeles rapper Fat Tony, the crowd did, in fact, convulse into anarchy. Maybe it was the padding of all those winter coats and sweatshirts, or the fact that U Street Music Hall is such cramped quarters you can’t get much momentum, but the shoving and slamming that followed the band's arrival onstage was almost surprisingly gentle.

The only casualty of the evening appeared to be the front railing, which security had to pull off and fix a few times throughout the course of the show. When repairs were needed the crowd came to a very polite stop and patiently waited for the guards to do their job. It was all very civil. 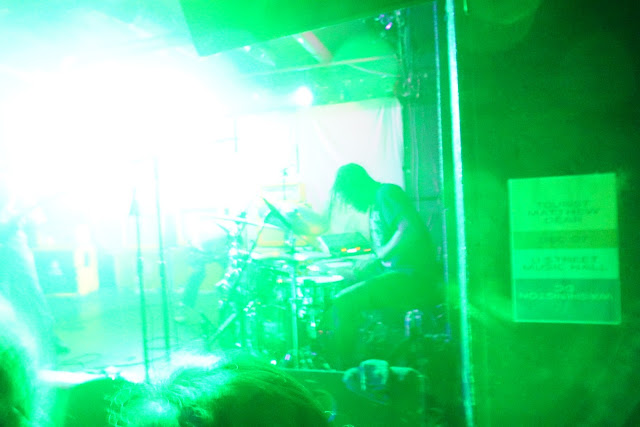 The music, however, was complete and utter anarchy. Controlled anarchy, to be sure, performed by legitimate art school musicians; the members of black midi came together at The Brit School, an institution in Croydon whose alumni include Adele, FKA Twigs, Tom Holland, and other stars of stage and screen.

Heavy as a prog-metal band and chaotic as a Pollock painting, a live performance by black midi — after you start to settle into it — almost seems like...jazz? Maybe that’s the greatest trick the devil ever pulled: he got the kids to mosh to jazz. 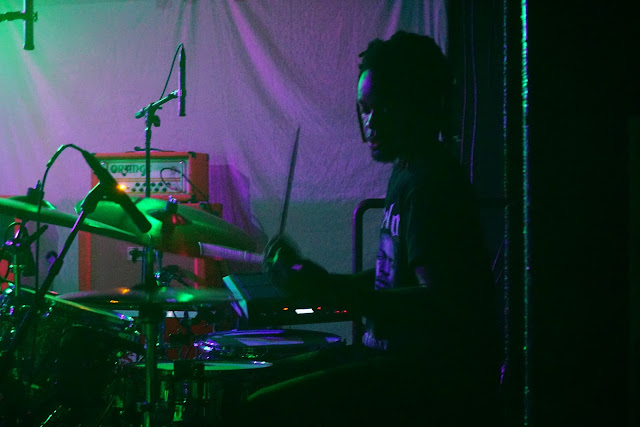 Morgan Simpson is the greatest drummer I’ve ever seen with my own eyes and I was lucky enough to be standing about five feet away from him throughout the entire show. The stage setup for black midi is unconventional, with Simpson’s kit arranged on the right side of the stage, facing in towards his bandmates, and giving the audience a clear view of the master at work. 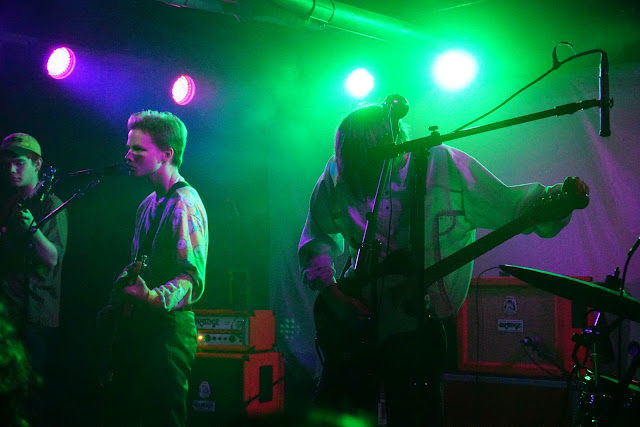 Simpson is certainly inspired by jazz and prog-rock — he cites Mahavishnu Orchestra’s Billy Cobham, Parliament-Funkadelic’s Dennis Chambers, and Can’s Jaki Liebezeit as major influences (he also shouts out Mitch Mitchell of The Jimi Hendrix Experience, one of the most underrated drummers of all time).

Watching Simpson tear through black midi’s improvisational-heavy set — and look, I’ll be straight with you, I’m not a big enough black midi fan to tell you exactly what songs they played, although to my untrained ear it sounded like they hit most of the tracks from their first full-length record, Schlagenheim — was a gift. There were times when I laughed out loud because of the nearly impossible combinations Simpson pulled off seemingly effortlessly. 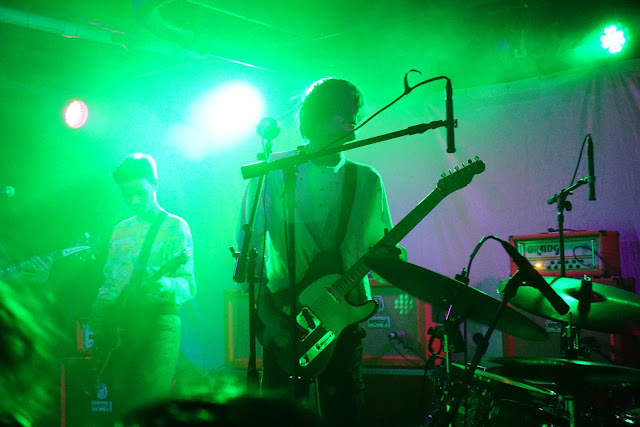 The kid next to me was doing the same thing, only he was screaming in appreciation, and we’d occasionally get lifted and moved by the storm surge of the crowd, but our attention would go right back to the amazing Simpson. 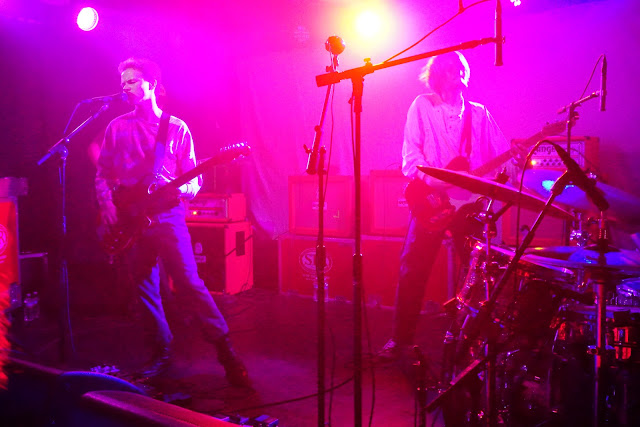 Guitarist and main vocalist Geordie Greep took the stage in a long-sleeve Simpsons-print t-shirt (the cartoon, not the drummer) and to be honest he looks a little like Bart Simpson. Greep and fellow guitarist Matt Kelvin, whose long bangs, scruffy beard, and collarless, white button-down shirt made him look like someone shook Raskolnikov from the brooding pages of Dostoyevsky’s Crime and Punishment, alternately ripped through feedback-laced riffs and jazz-fusion flights over Simpson’s magnificent beats. 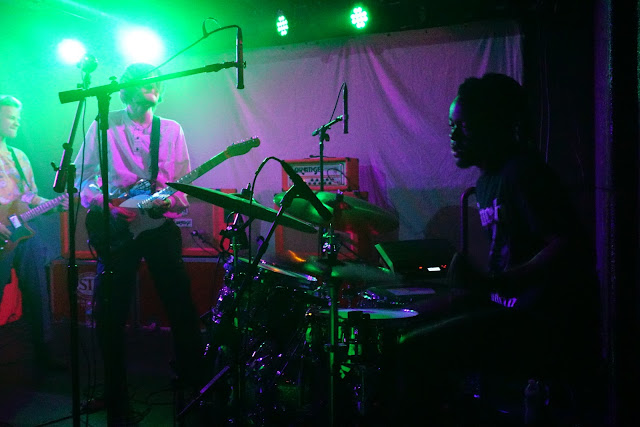 Kelvin would sometimes be moved to collapse into an exaggerated runner’s lunge, driving his guitar into his Orange stack to bleed out more feedback; other times, he rolled on the stage floor with his instrument, either biting the strings or screaming into the pickups. Possibly both.

Greep watched the entire scene with cool disinterest, delivering scat-beatnik lyrical bursts out of the side of his mouth, some of which may have been planned, some of which were clearly improvised. There were moments when Greep was struck by the urge to dance, and at such times he’d break out a smooth tango before sinking back into the role of observer. 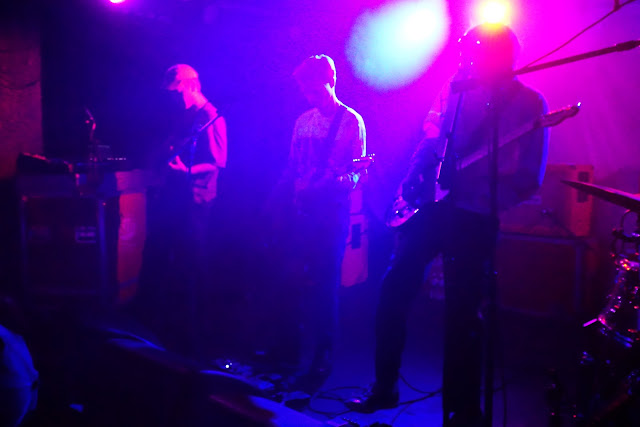 Bassist/programmer Cameron Picton wore the kind of baseball cap that someone’s dad gets at the company picnic and was the most low-key of the performers. His ability to lock into Simpson’s beat provided the foundation for the other three members to take off on their own sonic explorations.

Fat Tony was brought onstage mid-set for a quick freestyle, spitting with a violent delivery, legs bent in warrior pose, holding a full glass of a clear liquid of which he did not to spill a drop. 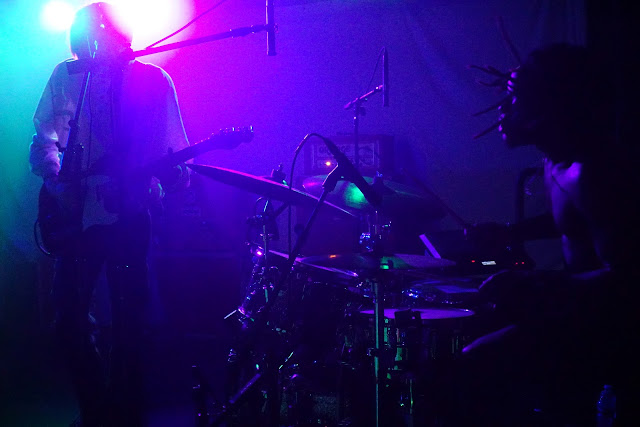 It was a wild show. The band played a 65-minute set without a pause, barely interacting with the audience, and when they were done, they just put their instruments down and walked offstage.

Greep was the last man standing, and he took his time as the crowd shouted for his attention; he deliberately donned a winter jacket, took a long drink from a water bottle, doffed a wool trapper hat and waved gracefully, expressionlessly, to the pleading audience before disappearing backstage. 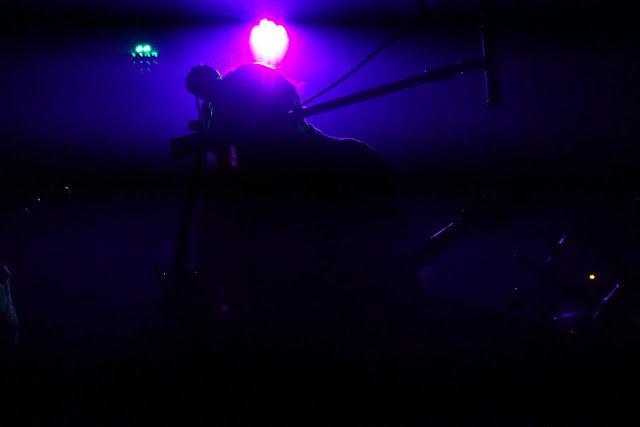 Performance artists to the end. Ladies and gentlemen, black midi has left the building.


[words and photos of black midi by Ben Kirst]