An Interview with Devon Welsh 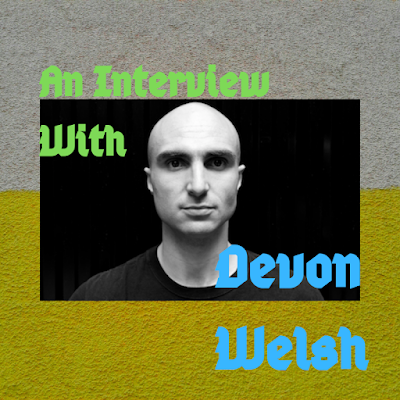 Devon Welsh just so happens to be coming through DC this very evening, so what better time to get to know Devon a little better than RIGHT NOW?! The Montreal songsmith released the gorgeous True Love earlier this fall, a collection of thoughtful, reverential songs awash with conflicted feelings that give added color to Welsh's warm, poetic voice and give him such a perfect platform.

If you're in DC this evening, be sure to swing by Comet Ping Pong to hear Devon perform his tender, introspective loveliness up close and in person.

Putting out my new album True Love I think, it was good to finally get to the moment when it was released, because a lot of time goes into these things.

That’s a really tough question to answer! Too many things to name...

I feel pretty safe, yeah. Accidents are very rare, and so far out of my control that I don’t worry about it.

Yes and no! Every city is filled with the companies and franchises we’re familiar with, but every city also has its own unique history and identity despite these things. It’s not always clear when you’re only spending a day there though.

I think I can’t help but be communicating my own values in the music I make and the things I do. I don’t have a specific “message” that structures what I’m doing, but I certainly don’t think my music is without a message or a communication beyond just wanting people to bob their heads. I’m pro-human, pro-compassion, pro-egalitarian, pro-communication. I don’t use music as a platform to specifically communicate these things, but I hope they are somewhere in there when I’m making things and putting them into the world.

I don’t think I would attempt to do that!

Probably everywhere I haven’t been. I’d like to see all 50 US states and all 13 provinces and territories!

I’m not sure? Probably not?

I use whatever guitar is around. The last time I used a guitar was my partner’s acoustic guitar. Before that it was an electric guitar I borrowed from a friend.

Sure, quite often. I think this is normal!

I prefer them to respond authentically relative to how they feel!

A song always comes together in its own way. Sometimes I write something quite quickly, sometimes I work on something over an extended period. Sometimes I pick up on an old recording session and turn it into something new. Always different!

“Would you like to accept the offer of the total, universal bliss and harmony for all beings?”

I don’t think I know what to call it.

In terms of not remembering lyrics or something? Yes, this has happened a few times before.

To be a person who can be confident they did what they could to create the world they want to see.

Follow the things you are passionate about and don’t focus on trying to fit what is expected of you.

It’s hard to say. I almost got hit by a train once, who knows how many other times I nearly avoided death.

I honestly don’t think of myself quite clearly as either! I like to use the word “performer” I guess. But these are all very slippery categories.