Video of The Day: Rockwell 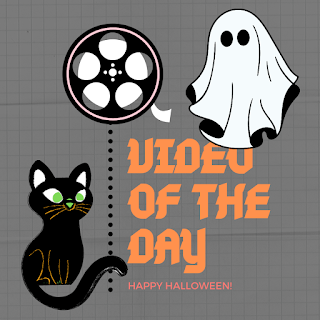 I wasn't sure what to post for the Halloween Video of The Day. After all, this is my favorite holiday, and I want to make sure the chosen video is a special one. But finally, it clicked.

Rockwell's 1984 classic "Somebody's Watching Me" is perhaps less obvious than some of the Halloween standards, but it's got a lot going for it in the creepy column. From a lyrical standpoint, the song's catchy refrain and verses tap into an everyday paranoia that still feels relevant today (probably even moreso today).

The mundane 9-5 routine Rockwell sings about is also scary in its own right, the colorless professional existence that plagues so many. If you've been there, you know how dreadful getting up and going to work can feel. And the release of this song in 1984 feels a little profound (even if it wasn't intentional) when you consider Orwell's Dystopian masterpiece about governmental overreach gone haywire (y'know, 1984, in which lots of people were watching). The best line, however, might be this classic witticism: "Maybe showers remind me of Psycho too much."

The video, too, turns out to be a rather frightening little clip. And I don't know about you, but I'll be keeping an eye on my postpersons. In my opinion, this blast from the past is one of the best Halloween tunes around.