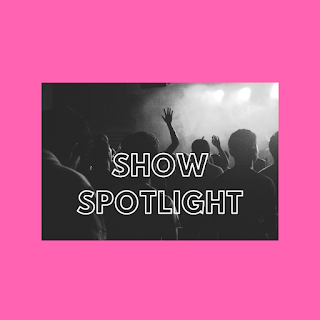 Hither, Ben Kirst shines a light on the sold out Cigarettes After Sex show, happening October 25 at the 9:30 Club.

“There is something eerie,” Zoe Cramer of The Daily Californian wrote in her recent review of a performance by Brooklyn synth-gazers Cigarettes After Sex, “in hearing a man in his late 30s sing songs with lyrics that read like a tween’s diary.”

Well, Zoe, you may have missed the mark. There are a few million fans who would probably beg to differ.

The smoldering popularity of Cigarettes After Sex — Greg Gonzalez’s dreamy, sensual labor of love — has been, like the songs themselves, a slow burn, first spiking in 2017 after nearly a decade languishing in relative obscurity.

On the strength of a single full-length album, 2017’s eponymous debut on Partisan Records, Cigarettes After Sex has skyrocketed into one of the most-loved alternative acts in the current milieu. The debut record sold over 175,000 copies and Cigarettes After Sex singles has collected hundreds of millions of streams and views, etching out an impressionistic portrait of the band as pop’s new NC-17 romantics.

“I think the music had to catch up with the name, almost. The name was based off a moment where I was, you know…having what the name says,” Gonzalez, the singer, guitarist, and driving force behind the band, told Britain’s iNews last week. “It was autobiographical, like a lot of the songs. I found that the more I thought about the name, the more the sound of the songs started to match it. The music became this kind of soothing comedown, but also a kind of euphoria.”

The band latest single, “Falling In Love,” was released from its soon-to-come sophomore album Cry on Oct. 8, following August’s teaser, “Heavenly.” Both are very much in step with the sound Gonzalez has perfected — something along the lines of a significantly hornier version of Beach House.

Just how soon is that new record coming? It’s officially available on Oct. 25, which happens to be the same day Cigarettes After Sex plays Washington, DC’s 9:30 Club (815 V St. NW). Tickets are sold out.

“Ultimately, I view this record as a film,” Gonzalez noted in a press statement this past summer. “It was shot in this stunning, exotic location, and it stitches all these different characters and scenes together, but in the end is really about romance, beauty & sexuality. It’s a very personal telling of what those things mean to me.”

That motif will be further indulged with a pre-show screening of Gonzalez’s short film, You’re The Only Good Thing In My Life. Gonzalez managed the recently-closed Beekman Theater, a venerable arthouse on New York’s Upper East Side, earlier this decade, and draws inspiration — and release — from visual media. His songs are often described as cinematic, offering complex depictions of sex, romance, and relationships in miniature.

“In my life I’m not vocal with my emotions, so it was a way of getting things out. I found it was the most natural thing to write about,” Gonzalez told The Independent. “When I got as personal as I could I felt exhilarated...Even the bad times, it’s good to look back on them. I tend to visualize the lyrics a lot, singing the songs takes me back to rooms and landscapes and scenes, exactly what it was like.”

Doors open at 6 PM for this early show. Bring your swaying shoes and come ready to feel the love on Friday night.