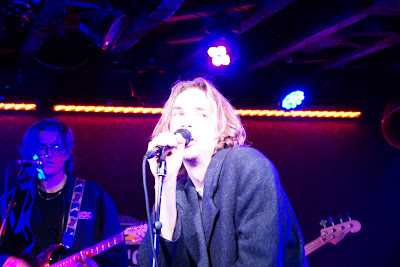 Live music connoisseur Ben Kirst has been to a show or two over the years and knows a thing or two about what makes for a good one. Read on for Ben's thoughts on Sports Team's recent DC visit.

In Keith Richards’ autobiography Life, the grizzled Rolling Stones guitarist writes that Mick Jagger’s dancing in the confined space of a tiny stage was the best he’d ever seen. In the earliest days of the Stones — before the football stadiums and the 104-foot runways, six story LED screens, and fleet of 25 trucks to haul around the entire production — Jagger, Richards claimed, could move and flow on the limited real estate of London’s Marquee Club or the set of The T.A.M.I Show better than any vocalist, before or after. 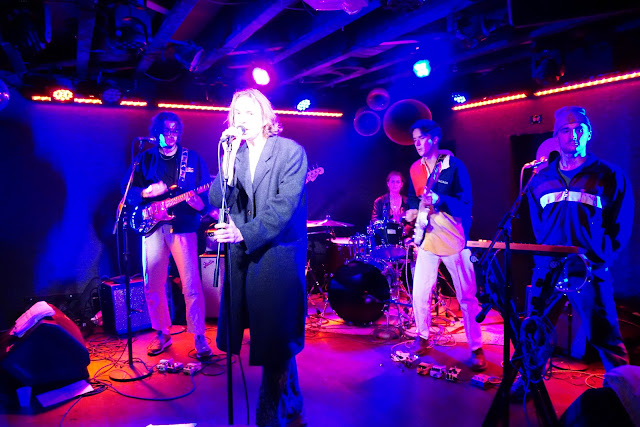 Alex Rice is not Mick Jagger, although the Sports Team vocalist has garnered his share of comparisons to the loose-hipped legend. His onstage demeanor is nowhere near as polished as Jagger was onstage at a similar age, although Rice, to be fair, doesn't have to deal with obstacles such as vice cops and television censors the way Jagger would have. 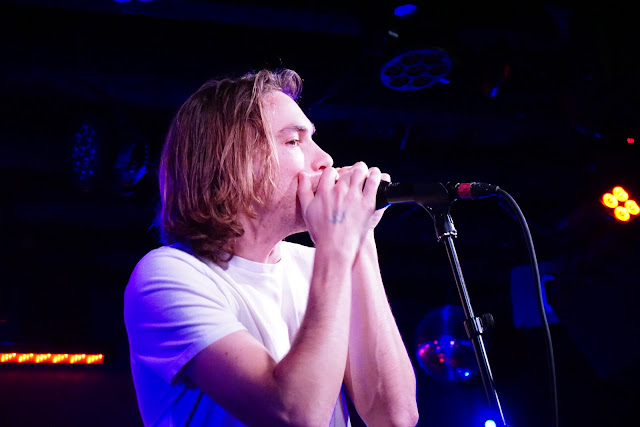 No, Rice is more like Jagger through the lens of Charles Peterson, the iconic photographer who captured the early years of Seattle grunge: limbs flailing, hair flying, sweat flowing, action everywhere. Rice takes some of Jagger’s modernist mannerisms — the fists-on-hips duck walk, the smooth slide from one side of the mic stand to the other — and throws a radio into the proverbial bathtub, turning a subtle nod to the ageless star into a postmodern explosion of visceral onstage energy. 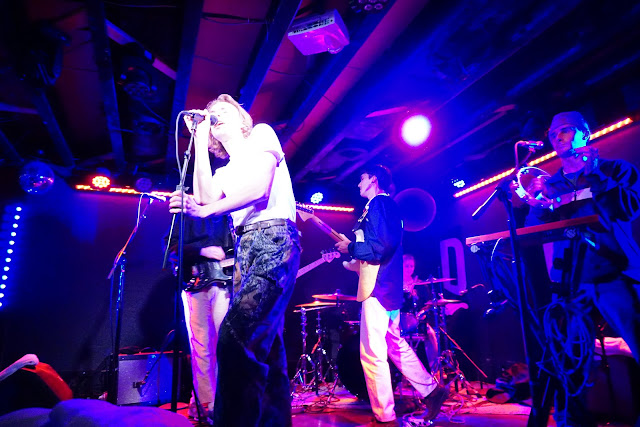 Rice and Sports Team were at DC9 last night, and maybe 50 people or so were there to see them as they wend their way across the United States on a brief eight-city tour. That’s a bit of a comedown, perhaps, following a growing string of sold-out shows in their native England, and frankly it looked a bit like the road was hitting the band back — Rice, so polished and debonair in Sports Team’s videos, the man who once wore a matador costume in concert, took the stage in a white t-shirt and baggy green slacks, unshaven and heavy-lidded. Bassist Oli Dewdney had family in the crowd, an aunt and cousin, clearly in a celebratory mood. Rice and guitarist Rob Knaggs suffered equipment issues. Henry Young was sweating through his Hilfiger rugby shirt. Drummer Al Greenwood — well, Al seemed pretty calm, although not as calm as midi-playing Ben Mac, who stood nearly as stoic as a palace guard throughout the entire performance. 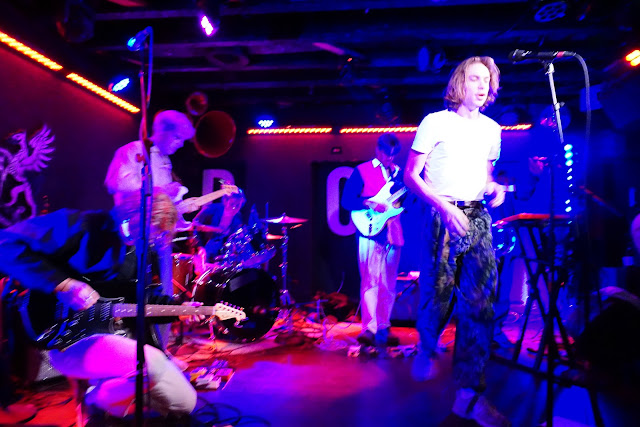 “That’s not an act,” Rice said at one point, a few moments before doing a fairly spot-on Mac impression. “He’d really rather not be here.” 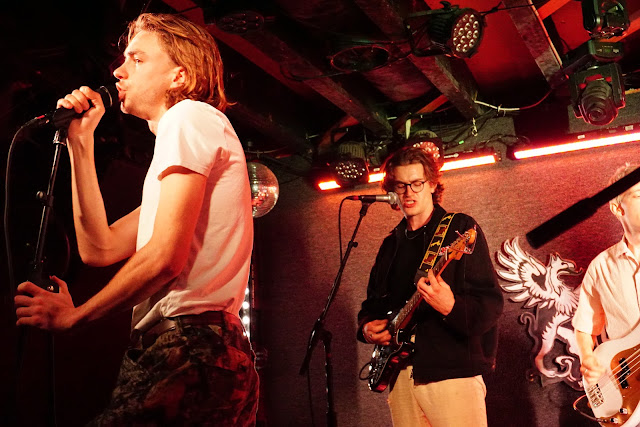 When they kicked off the show, however, road-weary or no, Sports Team became an absolute force. The crowd — composed heavily of teenage girls — lost their mind in a way I really haven’t seen at many other shows. They weren’t screaming like pop fans or, if the analogy is to continue, the old Rolling Stones fanatics of old — they were going nuts. As in, starting mosh pits and wrestling each other. Sports Team drove them crazy. 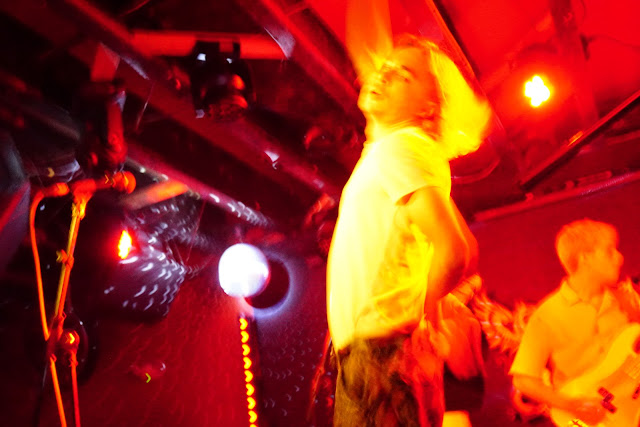 The band tore through “Margate” and into “Camel Crew,” which technically qualifies as an oldie at this point, although it’s only about 18 months old. When they reached “M5,” Rice dryly noted, “this is a song about a British motorway. Very relevant,” and then promptly careened into “Beverly Rose.” It was at this point Sports Team seemed to truly hit its mark, and the second half of the tight 45-minute show — “Here It Comes,” “Fishing,” “Ski Lifts,” “Kutcher,” and “Stanton” — was, to steal a term from the great William Miller of Almost Famous fame, incendiary. 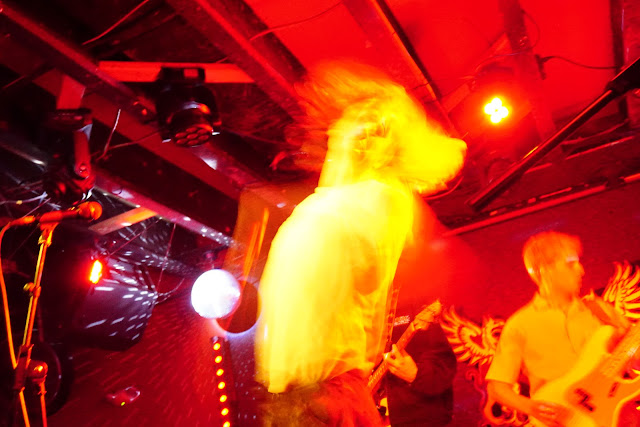 Rice danced like a madman in the tight quarters provided by the DC9 stage, somehow avoiding head-on collisions with Dewdney and Young, a ball of English energy that had spectators flinging themselves ecstatically into each other. At one point, Rice left the stage, stood on the floor with the mic cord draped over his shoulder, and the crowd froze — it was almost too much, the scene became self-conscious – and then, after a moment, he stepped back onstage, and the madness began once again. 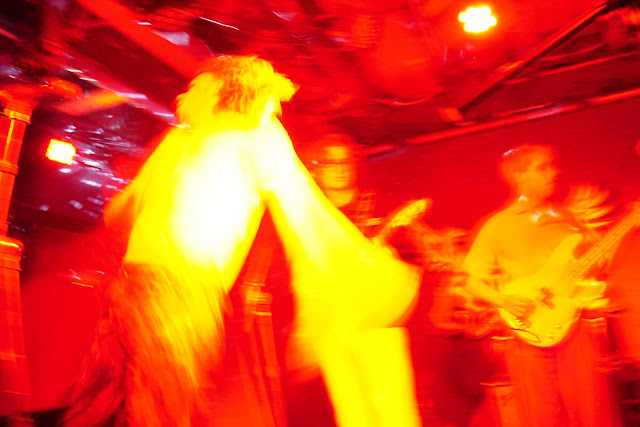 I’ve never seen Sports Team in front of a crowd of 500 people. If they have the same impact on a bigger crowd that they had on the contingent packed into the second floor of a Shaw club on a weekday night, then maybe there’s hope for guitar music after all. If the kids want to dance, send them Sports Team. 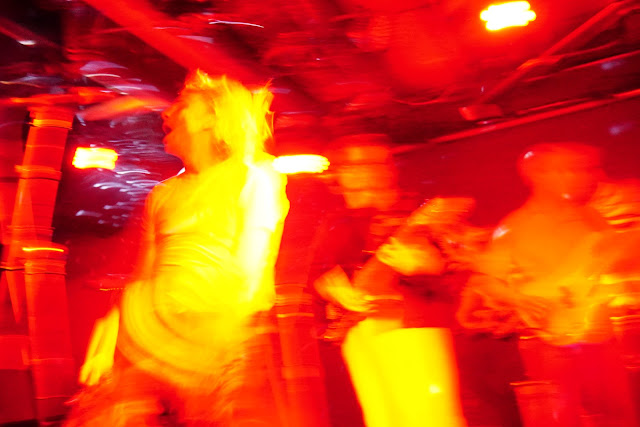 [words and photos of Sports Team by Ben Kirst]