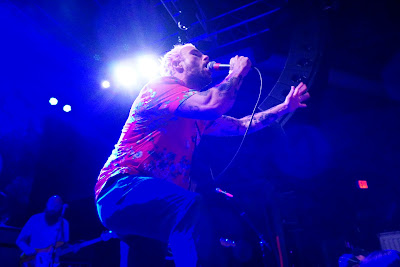 Live music connoisseur Ben Kirst has been to a show or two over the years and knows a thing or two about what makes for a good one. What happened when Ben went to see one of the biggest, baddest live bands out there? Read on for Ben's thoughts on the might of IDLES.

“Well,” IDLES lead singer Joe Talbot said during one of the few moments of calm on Monday night at the 9:30 Club, “I was not expecting that.”

Much has been made in the media about what Talbot and IDLES are: British lefties in a general, rise-against way; refreshingly open and sensitive to issues like substance abuse, emotional wellness, and the dangers of stereotypes; advocates of inclusion, sensitivity, and community. All of these things are true. 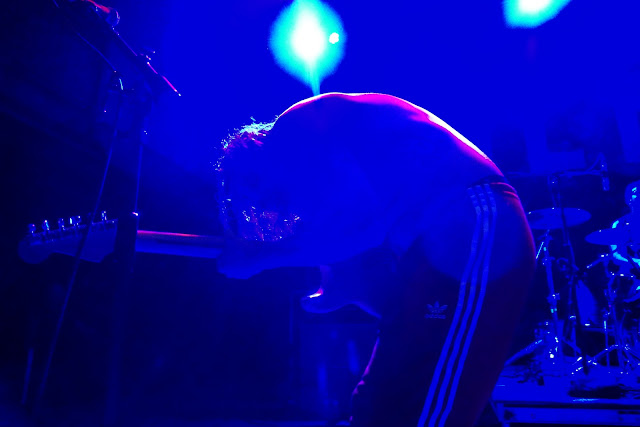 What these stories tend to gloss over, however, is that IDLES is a full-roar, hardcore jet engine. Don’t let the mustaches and long hair fool you — Mumford & Sons they ain't. IDLES is the epitome of melodic, anthemic, explosive punk rock. They are the celebrations and frustrations of daily life channeled through overdriven amplifiers and wild stage diving.

On Monday, Talbot spoke emphatically about his love for his mother, his daughter, and his dentist between tracks from the band’s 2018 album Joy as an Act of Resistance and 2017’s Brutalism. 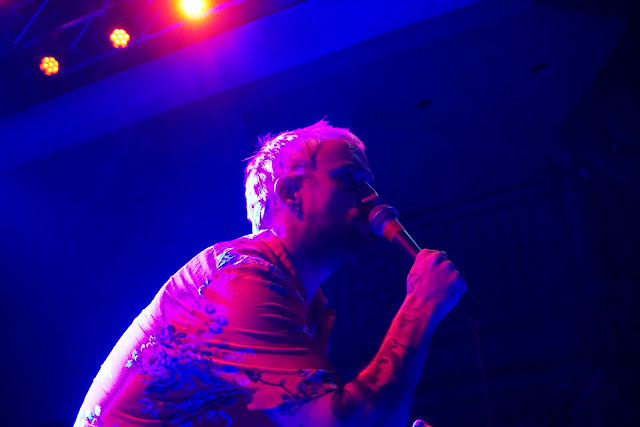 But — as drummer Jon Beavis thundered through the opening bars of “I’m Scum” — Talbot also ordered the crowd to split itself in half so, on his command, they could crash, rugby-style, and “make love to each other like never before.”

They did. Frankly, they didn’t need much direction. This audience arrived ready to get loose, or rather, get tight, as tight as possible, a sold-out crowd squeezed solidly against each other, churning with manic fervor. People popped up and out like sweaty, slippery corks, carried away by a cathartic human ocean. 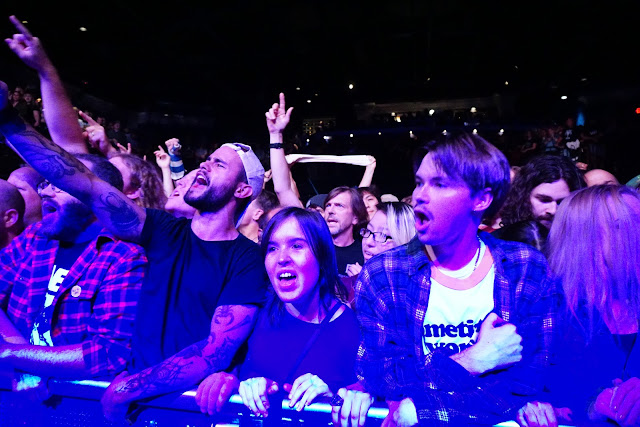 IDLES opened with “Colossus,” building tension before crashing into “Heel/Heal.” The band followed with “Never Fight A Man With A Perm,” “I’m Scum,” “1049 Gotho,” “Divide and Conquer,” “Mother,” “Faith in the City,” and “Love Song.”

Guitarists Lee Kiernan and Mark "Bobo" Bowen made frequent trips into the ecstatic audience madness, surrendering their instruments to the sea of limbs while Talbot, oversized red Hawaiian-style shirt trailing like a cape, thundered from the stage and broke into the occasional shlock-pop standard. Beavis and bassist Adam "Dev" Devonshire lingered on the back line, maintaining the relentless beat. 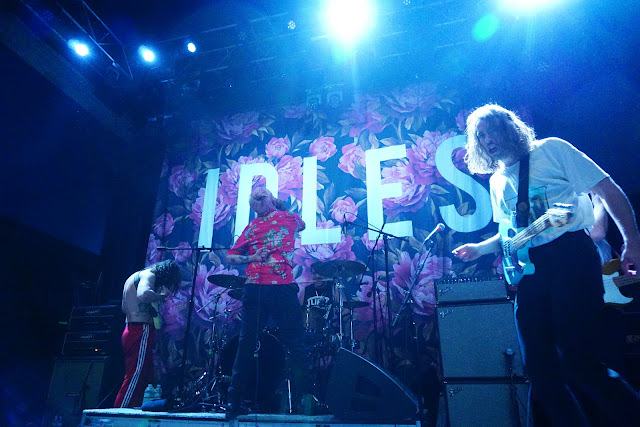 The performance was calculated, of course — IDLES is famous for delivering controlled chaos — but it was also the realest, most visceral thing most of us experience these days short of something like a car crash.

But back to what Talbot wasn’t expecting: after dedicating “Love Song” to Preoccupations, the night’s opening act, the singer’s attention was caught by a crowd member who shouted that his name was Joe, as well.

“It’s a pretty common name,” Talbot remarked, inviting this other Joe onstage. In the spirit of the song, he asked Joe to tell the audience what he loved.

“My mother,” shouted Joe, who looked like a fresh-faced high schooler. “I love my mom. She brought me here tonight” — he pointed her out, and it looked like Mom was right in the thick of it — “on a school night. I love her!”

Joe gave the mic back to Talbot, who chuckled appreciatively. The band then pounded into “Love Song,” and young Joe leapt into the outstretched arms of the crowd. 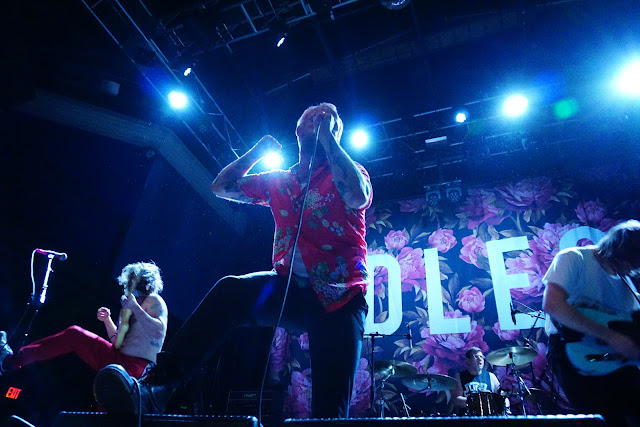 IDLES finished strong with “Date Night,” “Television,” “Samaritans,” “Benzocaine, “Cry to Me” and a version of “Danny Nedelko” plagued by microphone issues for Talbot, leading to an inspiring scene as the crowd roared the lyrics back at the silenced singer.

Was there was something particularly poignant in the moment — an ode to the benefits of immigration, belted out by a Washington, DC, crowd? A little, yes. You can’t ignore context! 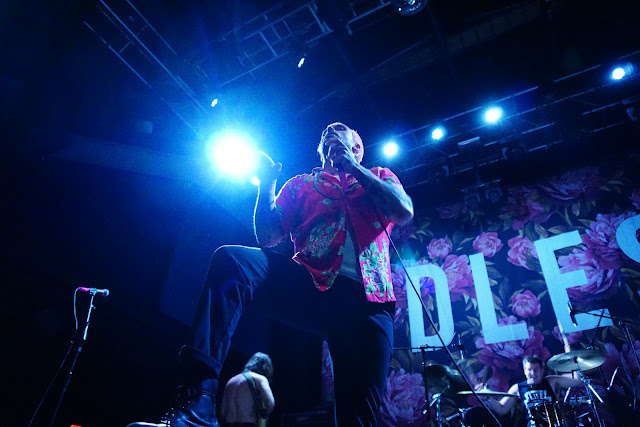 To be honest, however, it wasn’t that kind of night. Talbot didn’t make any specific political statements, other than voicing his vociferous support for Britain’s National Health Service.

He didn’t need to. The political is personal for IDLES. The message isn’t vote for her and not for him. It’s not a call to support this policy, to call your representative, etc.


[words and photos of IDLES by Ben Kirst]