An Interview with Peter Michel (Hibou) 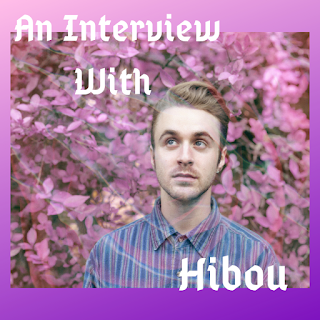 If you're into stargazing, ethereal bedroom dreampop (or, "80s inspired dreamy guitar pop," as per below), you're probably already familiar with Seattle's Hibou. Peter Michel's atmospheric music is quite special, his shimmy-through-the-darkness kick and breathy vocals give Michel's songs a wonderfully radiant energy that's got a real sweetness to it.

Having released his third LP as Hibou this year on Barsuk, Michel is currently mid-tour, and bringing his Halve songs (and undoubtedly more) to DC tomorrow night to the Pie Shop. Read on to see Peter's answers to all manner of questions, and if you're in greater DC tomorrow night go check him out up close and in person. And be sure you ask him about the time machine...

Being on tour right now is the most exciting thing to happen this year. I got scammed by a van rental company and ended up taking my Toyota Corolla on this month long journey across the country with the whole band and all of our instruments - it’s been quite the experience.

Negative! One of our favorite things to do on tour while driving into a new city is pick apart all the reasons why it’s so different than the last city that we were in, or how different it feels than our home.

I mostly try to convey how important it is to keep the conversation about mental health going. It’s really amazing when my songs connect with people and they reach out to let me know that Hibou’s music has helped them in some way. My favorite artists have done the same for me, so to carry that along is definitely a focal point.

Not really. The music I write is influenced by a lot of nostalgic events for me, so if anything it’s recreating old trends.

Gibson Firebrand 4 life. It’s actually my father's guitar, but I’ve used it for everything Hibou and it’s the only guitar that I tour with.

Sure! Mostly about production techniques and gear, which there’s never really a satisfying answer for because I don’t know how to talk about those things in conversation - I just know how to make the sounds I want!

Whatever they’re comfortable with doing really! A clap and a “woo” when we finish a song is always appreciated.

There’s really no formula. Sometimes it will be based off a melody that I came up with in the shower, sometimes I’ll choose a BPM and work around that. I guess the only constant is that the lyrics always come last.

“Are you ready to initiate the time machine, Peter?”

All the time! I think that’s pretty common, maybe?

Performing/traveling overseas, being able to support myself with my music, never burning out.

Train yourself to have healthy habits! Both mentally and physically, practice mindfulness and empathy and appreciate time.

On tour a few years ago, we slid out on black ice at 3 in the morning in the middle of Montana. Our van spun around time and time again and we eventually ended up in a ditch on the side of the road. If we had gone a little further we would have gone off the side of a bridge.

Definitely a musician. Entertaining is something I still feel like I’m not completely comfortable with even after all these years; it's very hit or miss. However I always feel comfortable diving in solo to the writing process.