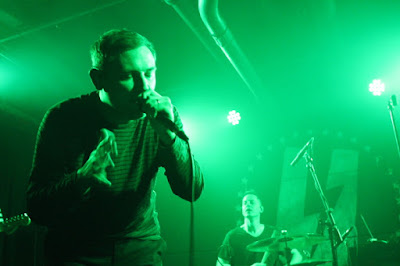 It had all been going so well. Up until the fifth song of the set, that is. But not halfway through that fifth song, "Last January," The Twilight Sad's front fellow James Graham turned to face his compatriots onstage and made "cut" gestures, shaking his head and slumping his shoulders.

With this being the third show of the band's US tour, and with his vocal health on the line, Graham went into self-preservation mode. Obviously wrestling with his decision, it was a pained and incredibly apologetic James Graham who announced to the warm, supportive crowd at the U Street Music Hall that the show would not, in fact, be going on. After looking like he was holding back tears at the idea of disappointing the assembled fans, Graham left the stage, followed by his four TTS compatriots.

Admittedly, this wasn't how I imagined my first Twilight Sad show. That being said, it's difficult to fault Graham's decision, and it was obviously not a decision lightly made. Earlier in the evening, during the lovely Kathryn Joseph's opening set, she warned us that the band was going to peel our faces off. And the thing is, that's exactly what happened...for four and a half songs. A fervent reception welcomed the Scottish outfit onstage, and as soon as they launched into the towering tumult of "[10 Good Reasons for Modern Drugs]" the face-peeling began in earnest. 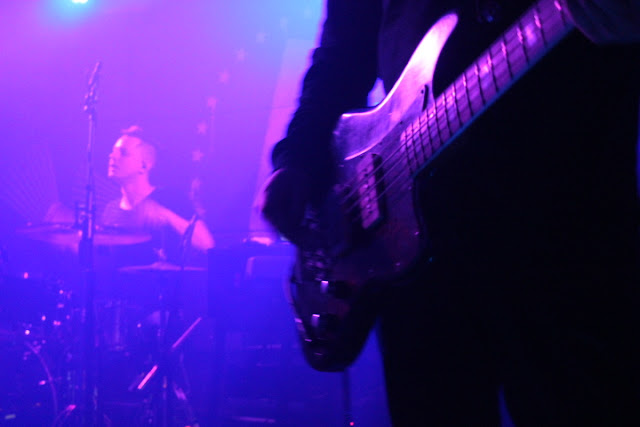 The pulse of "VTr" felt even more insistent, and an appealing rawness nipped at the edges of the song. Clearly, The Twilight Sad is one of those bands that goes above and beyond when they're in front of a crowd - each song was even more dynamic, even more enveloping. "The Arbor" was the eye of the storm, transfixing and impassioned. Throwback number "Reflection of The Television" was potent, with the sinuous song another wonderful vessel for Graham's emotionally-charged vocals. 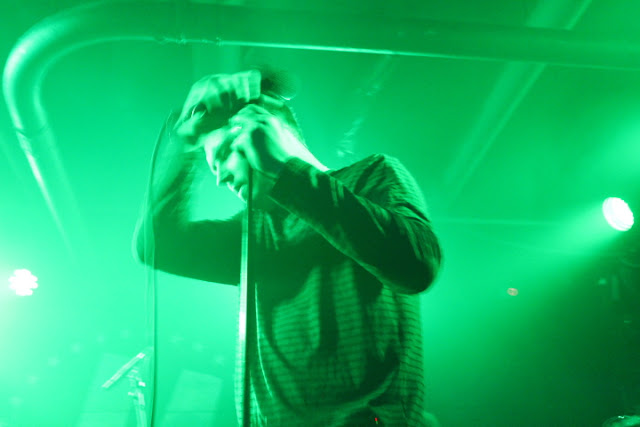 The fateful fifth song, "Last January," had sounded so promising...but Graham's voice couldn't see it through. It speaks volumes, both about the band and about the fans who support them, that the crowd encouraged Graham to do what was best for him, and cheered him on with real affection, even after the band had left the stage. Despite my first Twilight Sad show having been cut short, it was a rather fine showing. And the abbreviated set has only made me want to see them again. Hopefully this genuine, intense group of gents is back in DC soon.