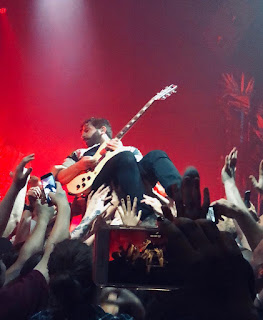 Intrepid Fuzzy Logic Intern Andrew is constantly in search of good live sounds, and the following is what transpired when he took in Foals at the 9:30 Club.

After dominating worldwide tours and headlining major festivals since the release of their 2015 full-length LP What Went Down, Oxfordshire dance-punk outfit Foals returned to the studio in early 2018 to craft a library of tracks bursting with ambition and familiar fury that garnered their reputation as one of England’s very best exports of the decade.

Setting down to produce the new album themselves while dealing with the amicable departure of longtime bassist Walter Gervers, Foals ended a year-long journey of recording by unveiling an array of indie anthems wrapped in a double album package, strategically releasing Everything Not Saved Will Be Lost in two parts in the Spring and Fall of 2019.

Part 1, released in March through Warner Bros. and Transgressive Records, delivered the glorious return Foals fans had been hoping for, and the anticipation of a massive worldwide tour was strong.

Fans in the District, however, hadn’t seen Foals since their appearance at Echostage three years ago, and the Oxfordshire quartet hadn’t made an appearance at the 9:30 Club since 2013. With the stars in alignment and the response from an immediate sellout for their triumphant return, DC fans got to relish the announcement for two nights at the prestigious 9:30 Club. 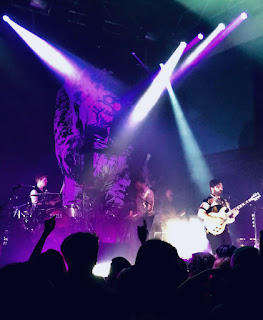 Buzzing off the sights and sounds racing across social media following night one, I couldn't wait to experience the absolute mayhem Foals could produce on night two.

Following a ferocious performance from Calgary-based punkers, Preoccupations, who were aiding the headliners on their North American tour, the throng packed inside the 9:30 Club roared in applause as Foals opened their set with the heavy groove and intense illumination of “On The Luna,” the second single featured on their latest full-length.

Floating among a sea of limbs hypnotized by the immense stage presence of frontman and guitarist, Yannis Philippakis, I swam through the crowd to catch a glimpse of the intricate melodies and interlocking notes between he and lead guitarist Jimmy Smith. Punctuated by the expert articulation of drummer Jack Bevan and the lush synth swirls from keyboardist Edwin Congreave, Foals’ immediate transitions from a colossal rock act to a provider of enchanting bops was a thing of ease, setting a raging fire on the sweltering dance floor. 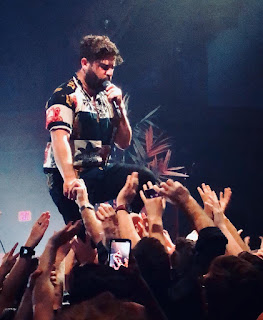 Engulfed in proverbial flames, the crowd couldn’t have partied any harder as they embraced new tracks off the latest LP, ranging from the Dystopian “Exits” and “White Onions” to the vast arsenal of already established Foals bangers. Out of appreciation for the crowd, or by sheer force of habit, the infamous party animal inside Philippakis unleashed onto the throng as he gladly crowdsurfed during the ruckus of iconic tracks like “What Went Down,” providing the show’s climax with the explosive, “Inhaler,” and jumping off the balcony while instigating the mosh pit for their signature finale “Two
Steps, Twice.” 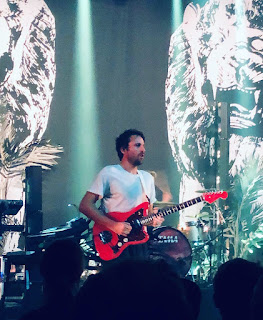 Drunk off the otherworldly excitement and sweaty camaraderie from being at a Foals gig, I happily chalked off April 18th , 2019 as one of my top three favorite gigs of all time. And with the building excitement around Everything Not Saved Will Be Lost – Part 2, I can only hope that Foals will reveal more of their secrets and blow the 9:30 Club away once again.


[words and photos of Foals by Andrew JW Koh]