Good Cover Version: The Bird and The Bee Does Van Halen 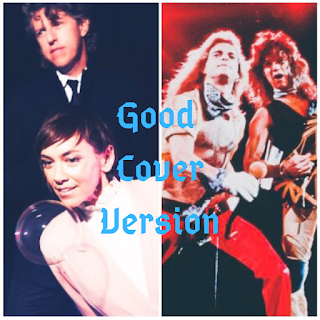 Van Halen's "Panama" is one of my favorite songs of the 80s, and it's also one of the most illustrative of that decade's indulgences (sonic and otherwise). It's also a hard song to do justice to, thanks in no small part to that larger-than-life frontman who brought such songs to high-kicking heights, the pouting (and very flexible) Mr. David Lee Roth.

The Bird and The Bee, no stranger to covers, decided to take "Panama" for a spin. The song marks Inara and Greg's first release since 2015's Recreational Love, and they went for it full throttle. The twosome brings their own 80s spin to the song, with decadent, breathy vocals and some glamourous synth and ivory-tinkling moments. It's an effervescent, playfully cheeky rendition, and it's definitely a welcome return for this pair.