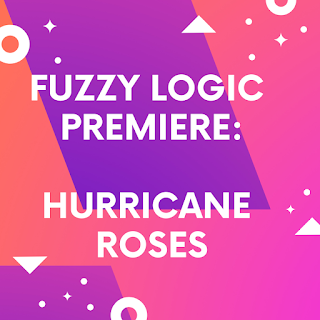 Hurricane Roses, purveyors of fantastic Americana-centric indie song stylings, is today unleashing their cover of the Damien Jurado song "Best Dress," exclusively here with Fuzzy Logic. The song has been in the band's live set since they can remember, and they wisely decided to record and release their version of the song.

The first time I heard "Best Dress" I was absolutely floored. As in, instantly and completely. If ever a song smoldered, it's this one. The vocals are truly standout; this duet between Angi and Dave is incredibly powerful, and the interplay between their voices comes across as raw with all sorts of emotions. The band captures the essence of poignant moments between a couple; love and tension and persuasion and fragility. It's all here in this heady four minutes of beautiful, piercing intensity. I can't imagine that Damien Jurado himself wouldn't fall for this interpretation of his song.

Get to know a bit more about the West Coast gems below, and definitely keep an eye on them. I certainly will be.

Hey! Pleasure to be here! We are Angi, Dave, Ethan, Jesse, Jon and Mike, AKA Hurricane Roses, hailing from the SF Bay Area, Santa Cruz, and LA!

How would you describe your sound?

Hard to say. Especially as we move forward writing new material. We draw from so many influences. Most of us dudes have backgrounds playing in punk and indie rock bands, some of us dabble in electronic music, etc., whereas Angi brought straight up old-time country music to the table. So it’s the joining and merging of these worlds, taking what we’ve learned from our musical experiences, combining that with all our other musical influences (which range very wide) and appropriately placing and piecing the parts together to create songs that we like to listen to ourselves. In short, we’ve often been described as a more modern-day Fleetwood Mac, and we’re A-OK with that! We’ll let you be the judge.

How did y'all get together?

Remember that movie Once? With Glen Hansard? Well...so does Angi. She saw it 9 times in the theaters back in 08. Walking away (9 times) with a fresh new wave of inspiration, she decided to take some of her journal entries she had written over the years and put music to them. After she had a handful of songs, she approached a couple fellow musicians (Dave and Jon) and asked if they could help her perform them at a local coffee shop. What she had was great. They played a couple acoustic performances together over the next few months and by the summer of 09, the remaining members of the band had been hand-picked, and HR was formed. We began recording our debut album that November. And the rest is history.

What is it about "Best Dress" that led you not only to start playing it live but also made you do your own recording of the song?

First off, we all love Damien Jurado and this is his song. Many people have mistaken it for ours over the years, probably because we’ve embraced it and have held it so closely to our own work (also due in part to high demand). But in the beginning, this song, in particular, just encapsulated the style, feel, and vibe of what we were trying to achieve with some of our early efforts at songwriting. Due to a lack of material, Angi, Dave, and Jon actually played it at their first coffee shop gig before the band even formed. It always clicked for us. We’ve made the song our own and have played it at every single show for the past 10 years. Fast forward to 2019, we thought it would be cool to finally record our take on it and share it with y’all. :)

Hmm, yea, Gillian Welch and Dave Rawlings told us we were playing too loud at one of our first shows.

If you could play a show with anyone (current artists only!), who would it be/how come?

Playing with Kacey Musgraves would be nothing short of a dream come true for all of us. She has put such a unique and personal touch on the country music genre and has breathed new life into it. Can you even call her “country” anymore? Everything about her writing is so nuanced and finely detailed, from arrangement and dynamics, to lyrics and delivery. Oh and that voice! She is pure magic.

What's next for the band? And what does the future hold for Hurricane Roses?

Platinum records, world tours, stardom, Michelin Star rated menus on our rider...you know, the basics. But really, we are taking it one step at a time and enjoying the creative process. We are fortunate to not have any real pressure or time constraints for our next release. For now, we are trying to write the best tunes we possibly can. Currently, those tunes are floating around somewhere in our collective subconscious, searching for the light of day, but we can’t wait to share them with you!

Check it out on Spotify/add the song to your playlist of favorites!!