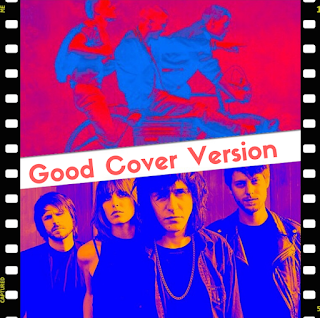 Bronski Beat's "Smalltown Boy" is one of the best songs of the 80s in my humble opinion. The song's kicky beats and ethereal falsetto vocals made a sad song danceable (and incredibly addictive), and it's a song I could listen to on repeat for days on end.

Needless to say, it's a hard song to cover because of how incredible the original is. But Coventry's Mara Falls gave it a go, and the foursome has done rather well. Staying true to the song's pop origins, Mara Falls brings in quite a bit of the gloom that had been sonic subtext with the original Bronski Beat version, giving the darkness free reign by adding some crunchy guitar riffs and mournful synth moments to go along with the weighty lyrics. Peter Black's vocals sound heavy with emotion, and the nuances brought to the song in this reimagining really embrace the darkest of shadows, and lend serious style to the bereft bleakness of "Smalltown Boy."