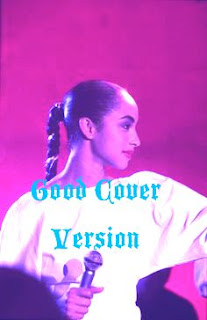 It's hard to replicate that certain 80s decadence in Sade's timeless tale "Smooth Operator," but slenderbodies gets pretty close. Their glossy, gleaming revamp features breathy sotto voce vocals and some serious upper crust grooves. The simmering slow burn builds to something dazzling, making this a rather lush piece of ear candy.

Local types can catch slenderbodies in DC on November 1 at Songbyrd.