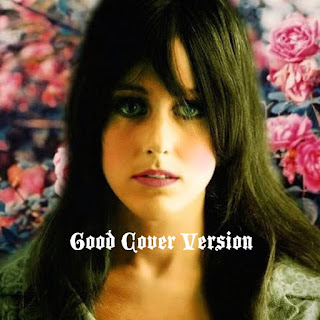 Jefferson Airplane's "White Rabbit" is one of those mind-bending, day-tripping songs that psych fans still adore to this day (including yours truly). Since today is legendary sonic sorceress Grace Slick's birthday, it's definitely the right time to talk a little about Lauren Ruth Ward's excellent cover of that very song.

Ward's "White Rabbit" treads similar territory as the Jefferson Airplane, a militant drum beat and bassline anchoring the noise behind her voice. And what a voice. Ward could easily be a time traveler from the very era that "White Rabbit" comes from, her voice rich and transformative, easily transitioning from coquettish, lowered eyelid purrs to full-on white hot power. A great tribute to a hell of a song from a lady you'll probably be hearing a lot more about in the very near future.