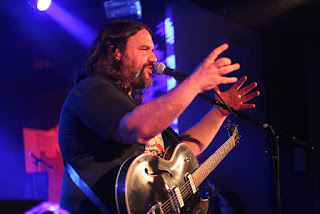 Intrepid mysterious Special Guest Star The Paper went in search of good live sounds, and the following is what transpired when he took in The Magic Numbers at Union Stage.

I first discovered The Magic Numbers from their sophomore record, Those The Brokes. The duet of Angela and Romeo conjured novel sensations I didn't have words for at the time. It informed the way I would approach and process the act of feeling. Of which there is a lot surrounding the four piece from across the pond.

Romeo's debonair delivery proved dearly devastating in person. I was surprised no one threw underwear. Angela melted everyone's hearts on the trifecta of melodica, keys, and tambourine. Sean flawlessly coaxed the typically sharp snare into a gentle pitch that seduced. Then there was Michele. She made love to her bass, often playing it vertically in the tightest of embraces. At other times, she took it on tango trots between the mic and drumset. 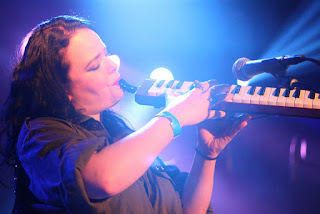 I must confess some initial disappointment in the new songs, as they seemed to deviate from the band's signature trademark dueting style that I find so irresistible. Though Romeo and siblings shortly erased any misgivings I had when they launched into "This Is A Song." If Shrag's "Pregnancy Scene" has my favorite intro of all eternity, this dance number would be a close second. The buildup remains timeless, marching itself into both ears and heart even before the bass drum kicked in, at which point the entire body surrenders control in highly welcomed bliss. 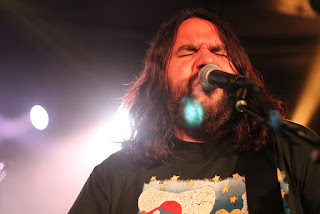 The band encouraged and honored requests from the enthusiastic crowd who clapped and sang along most of the show. While writing this, I looked up their tour schedule to find them playing eight hours away. For a moment, I considered making the trip to relive the euphoria. In my regret, I just need one more band to take them off my mind... 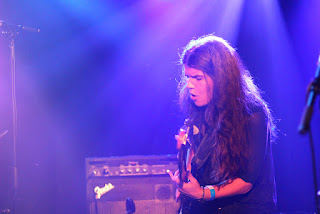 [Words and photos by The Paper]