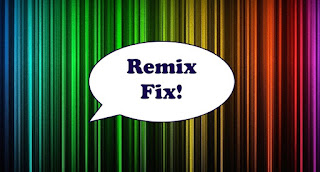 In theory I like the idea of the remix: taking someone else's song and tweaking it the way you want it done. It's a great means for completely redoing something, and for reinterpretation. Sometimes remixes go awry, and sometimes they're better than the original. Remix Fix is all about the happy medium when a remix totally nails it and makes a song that much better.

Alexis Taylor is no stranger to remixes, having been both the remixer and the remixed over the course of his Hot Chip and solo careers. So it's not a surprise whatsoever to see him releasing a remix of latest solo record Beautiful Thing's sublime title track.

Matias Aguayo's reworking of "Beautiful Thing" is intriguing. With hints of the original's frosty coldscapes, Aguayo's rendering sounds both like a natural offshoot and an alternate universe version of the song. Pulsating and cerebral, instead of tinkering with Taylor's trademark vocals Aguayo adds his own - resulting in a tension and a jittery feeling of not being able to sit still. Mighty fine stuff indeed.

And speaking of Alexis Taylor, he's just announced a US tour. Definitely cause for rejoicing. Dates are below, don't miss out catching Taylor do his thing live. See you on the 20th of this month, DC. 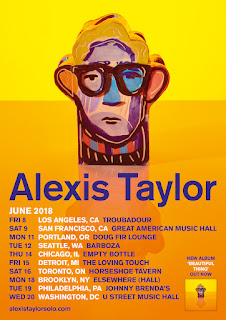