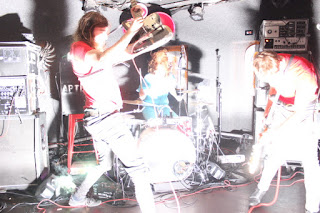 When it comes to playing live, there's a divide between the most ideal way to formulate a setlist. With a good deal of bands, you can feel pretty confident about what's going to be a part of the set night after night on a given tour. Hell, it's not uncommon for a band to play the same set over and over again, the only difference being what band members wear. Not that there's anything wrong with that, necessarily. But there's a certain element of playing it safe when the set doesn't change, isn't there?

There are plenty of those bands...and then there's A Place to Bury Strangers.

For these three, predictability is not an option. Predictability is the enemy. Every night is an experiment, a chance to push boundaries and create a moment unique to that particular show and that show alone. They may use the same lighting, the same fog machine, and even play a few of the same songs every night. But it's the way they play the songs that will never be the same. To see APTBS more than once is to see a totally different show every night, the constants being the mind-melting decibels, the transcendent performances, and the eventuality that Oliver will, at some point, start to lovingly destroy his guitar. 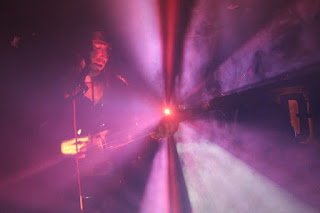 The DC show was the band's first stop on their tour for latest record Pinned, and the atmosphere inside the club was supercharged by the time Lia, Oliver, and Dion assumed their positions. What followed over the course of the next hour plus was absolutely rapturous and utterly enthralling, an exhilarating set that was probably as good as I've ever seen them. Not to mention the usual wanton disregard for the sanctity of eardrums. 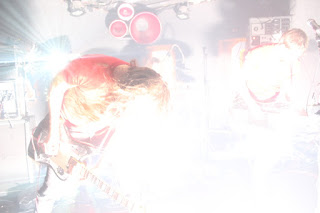 As the fog machine went into overdrive, coating the club with nearly impenetrable amounts of white mist, the trio began their aural assault with a searing rendition of "We've Come So Far," a live favorite enhanced by plenty of strobe lights and the twin terrors of an unrelenting drumbeat and ravenous, ripping riffs. 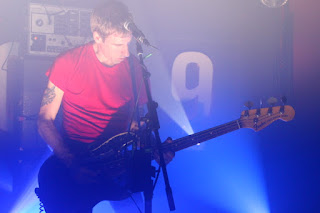 The new songs, in this case "Frustrated Operator," "Was It Electric," "Too Tough to Kill," and "Never Coming Back," were seamless additions among the songs pulled from the first four APTBS records. "Too Tough to Kill" was a personal favorite, Lia's haunting vocal adding to the frenzy of the ferocity of Oliver and Dion's urgent instrumentation. 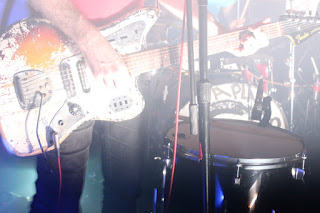 Adding to the evening's experimentation, the three eventually made their way into the front of the crowd for some knob-twiddling and incantations for a couple songs, huddling together around a cart with some sort of mad scientist soundboard lit up and ready to cause trouble. It was adding the unexpected to the unpredictable, which is essentially the APTBS live modus operandi. 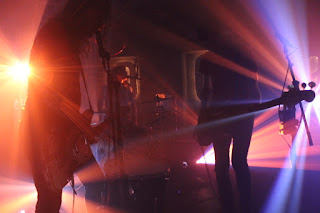 The last four songs were nothing short of blistering; The skull-shaking snarl of "Deeper," followed by the delicious uneasiness of "Never Coming Back," which was then followed by Dion's smoldering vocal turn on the perilous "Drill It Up," and then the old school burn of "I Lived My Life to Stand in The Shadow of Your Heart." Between the songs themselves and the impressive lights and the denseness of the fog, it was the best kind of sensory overload possible. 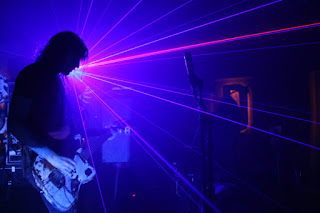 I have no difficulty whatsoever in calling this one of the best gigs of 2018. Nor do I think it's an overstatement to say this is one of the best live bands on the planet. Period. I'm reasonably sure I had some kind of out of body experience, though that's a constant at APTBS shows. (Oh, and I'm going ahead and putting in my requests for "Attitude," "Ego Death," and "Deadbeat" for the next DC show.) 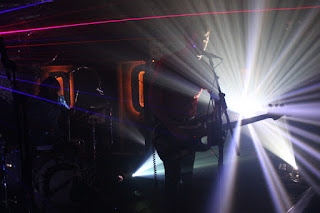 For the uninitiated, let me put it to you this way. You need to see this band. There's hardly a band out there that comes close to them when it comes to playing live. It's just that simple.

Long may they reign. 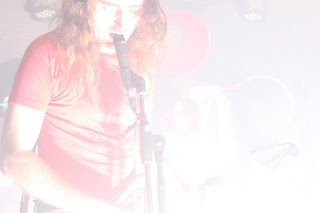 
[photos of A Place to Bury Strangers copyright Megan Petty]