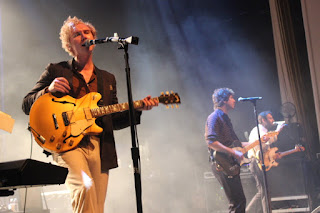 Watching The Kooks onstage at the Lincoln Theatre, it was hard to believe 12 years had gone by since the release of their diabolically addictive debut record Inside In/Inside Out. Years ago, mere blocks away at the 9:30 Club, they won me over with their irrepressible charm, and over a decade later this Brightonian bunch still has charm to spare.

Back in the US to promote upcoming release Let's Go Sunshine, the band played a strong set, pulling from their previous four records for a sort of "greatest hits" experience. Judging by the screaming twenty-somethings surrounding me, this approach was a sound one. In truth, yours truly may have been screaming inwardly. What can I say, these Kooks are hard to resist. 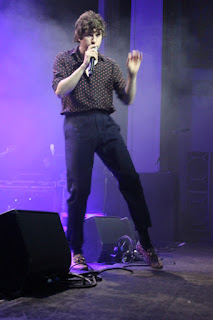 In the decade or so since I last saw them live, the band has really come into its own, each member of the current lineup being a consummate showman. None moreso than frontman Luke Pritchard, who has mastered the art of playing to the audience. Pritchard could often be found shimmying up to the lip of the stage, tantalizingly standing on the speakers and eyeing the very enthusiastic crowd. At one point he donned the raspberry hat of a girl from the front row, playfully cavorting across the stage in the bold headwear. 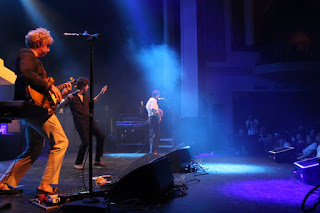 I was partial to the older songs, as those were the songs that first put The Kooks on my radar years ago, though every song was absolutely impeccable and dynamic. Hearing "You Don't Love Me" again in person after such a long time was enough to make me feel like a giddy schoolgirl, the song still a gem despite the band having long since grown out of their naughty young scamps phase. The crowd, of course, lapped up every note, every shake of Pritchard's hips. There was a lovestruck lady near me who was especially enamored, commenting repeatedly about wanting to have Luke's children. I wouldn't go that far, but I will say that the man can definitely work a stage. 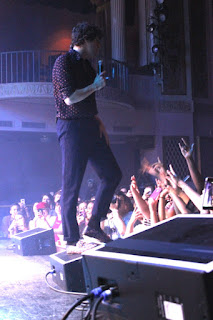 All told, these Kooks still have what it takes to put on a hell of a show. They're polished, immaculate, and have just enough swagger - well-deserved - to demonstrate that they know they walk the walk. I'm hoping it won't be another decade before I see them again.