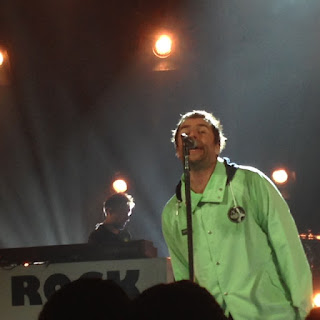 Liam Gallagher was supposed to be in DC in November 2017. His vocal chords had other ideas, however, and the show was cancelled. After hearing about the unusual cancellation in Toronto a few days before the rescheduled DC date, I started to wonder whether Gallagher the Younger would make it here or not. But thankfully, Gallagher and his fully-functional vocal chords made it to the Lincoln Theatre stage eventually. Better late than never, as the saying goes.

Gallagher is one of those musical figures who is man, myth, and legend all in one. Between his antics both onstage and off, that famous fraternal feud, and his willful personality, he has the feel of someone who is larger than life. By the time Liam and his band sauntered onto the stage, I felt giddy as a schoolgirl. All the months of waiting on the rescheduled date and reminiscing about my very first gig ever (which just so happens to have been Liam's former band) had given me plenty of time to build up expectations for the show. For the most part, my expectations were met.

Gallagher walked out, as Oasis often used to, to the bravado of instrumental track "Fuckin' In The Bushes." Whether or not that's a dig in the direction of Noel, it's certainly a heck of a way to introduce oneself. And then, there he was, all undeniable swagger and crescent moon tambourine in hand. Liam immediately prowled proprietarily around the stage he would own for just about an hour before the intro faded out and the band launched into the opening fury of "Rock & Roll Star." The sold out crowd was in full singalong mode (yours truly included), as was the case all set long, fixating on Gallagher's every sneer and every tambourine shake. 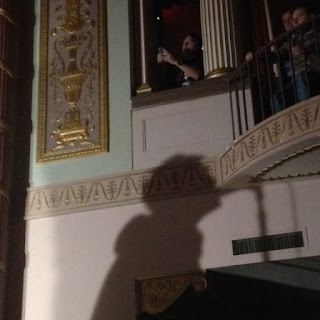 Mixing in songs from his 2017 solo debut As You Were with some of the most classic Oasis tunes, Gallagher's set was certainly a crowd-pleaser. Though his voice was a little rough around the edges here and there, it was his voice, and to hear Liam Gallagher sing in person is a special thing indeed. He did offer a brief apology for the November cancellation before the attrition of his personal mea culpa "For What It's Worth," showing a (temporary) touch of humility. But for the most part, Liam was Liam - perennially singing with a chip on his shoulder and more than a little ego. Which is all part of his charm, really. 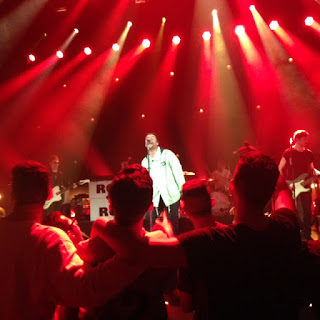 For me, the highest of highs came at the end, with the triple thrills of "Cigarettes & Alcohol," "Supersonic," and "Live Forever." It was almost like 1996 all over again, and there really aren't words to describe what it felt like to hear those songs live again. Those songs and this man changed my life, and hearing them sung by the voice that made them legendary was something tremendously special. I suspect many of my fellow gig-goers would say much the same. All through the set there was a kind of buzz, an electricity, swirling around the restored grandeur of the Lincoln Theatre. Liam Gallagher's snarling, dimpled Pied Piper personality had us collectively wrapped around his little finger, and that sort of magnetism isn't easy to come by.

My only real complaints would have to be the lack of Richard Ashcroft on the bill (alas), and the regret that the set wasn't a wee bit longer. But ultimately, Liam put on a hell of a show, one that was worth the wait.

Rock & Roll Star
(What's The Story) Morning Glory?
Greedy Soul
Wall of Glass
Bold
For What It's Worth
Some Might Say
D'You Know What I Mean?
You Better Run
Cigarettes & Alcohol