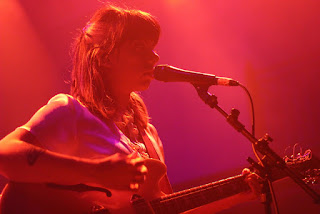 Intrepid mysterious Special Guest Star The Paper went in search of good live sounds, and the following is what transpired when he took in Hurray For The Riff Raff at the 9:30 Club.

"The only thing I know how to do is make music," Alynda said at one point, sounding forlorn. She was referring to the current political climate. One could sense her yearning to affect change. To do more. Sometimes, making music is enough. Hurray for the Riff Raff was cathartic. Hopefully. Inspiring. Punk.

That was the best surprise of the night. Their sound is distinctively not punk. Their music, in contrast, is dripping with punkness. A giant woven backdrop read, "We're All In This Together." They dedicated a song to the queers and another to Puerto Rico. They played a new song based on a Langston Hughes poem named "Kids Who Die," shedding light on the often ostracized younger demographic (which the Parkland kids have proven silly and frankly unacceptable.) 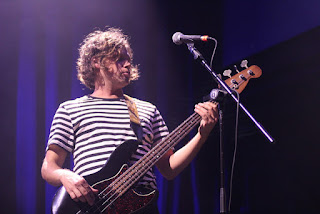 Alynda declared proudly that "creating art matters right now". They arranged for Headcount to register audiences to vote. That was a very tangible act. I have seen around a thousand bands and this is the first time a band brought along this organization that I was not previously aware of. 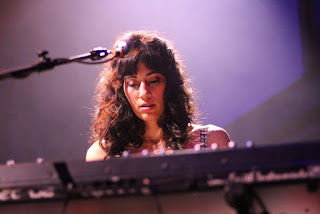 Actually, their sound is somewhat punk. They rode the cymbal in sixteenth note bars instead of the typical high hat on more than one ocassion. So that's probably not really punk but it's a nice touch. It created a louder and more urgent sound that exemplified the tone and message of the band. 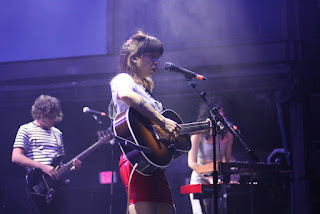 That said, my favorite song of the night was "Pa’lante," in which the keyboard takes the wheel from the onset. It's then joined by Alynda's convincing voice, and finally by the drums and the rest. The gradual unity reminded me of her words, "Thanks for sharing this space with us." The feeling is mutual and I look forward to next time. 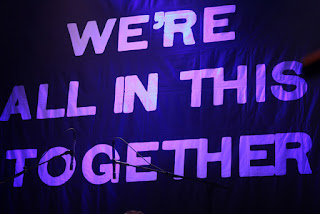