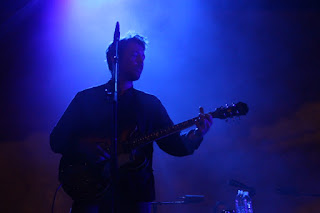 I will always remember Fleet Foxes as the band that could make a DC crowd stop talking. It was the late Aughts, at the Black Cat, and the Seattle folksmiths managed to so enchant the crowd that night that during a moment of blissful harmonizing you could have heard a parade of pins drop. It was truly one of the most moving experiences I've had at a show. I wondered what would happen, a decade or so later, in a much larger venue. Would the old Fleet Foxes magic translate beyond the cozy confines of a place like the Black Cat? On a dismal Friday night, seeking solace from some nasty weather, myself and thousands others were about to find out.

It began as it would go the entire night: sublimely. "Grown Ocean," from the band's second record Helplessness Blues, kicked things off with some glorious harmonizing and that old Foxes spell-casting. Several songs from latest record Crack-Up followed, and in a live format the songs sounded perfectly in line with well-worn, familiar favorites. 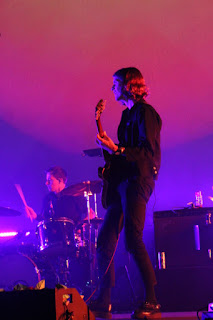 The older treasures were given the warmest of welcomes, with the gorgeous "Drops In The River" followed by the equally lovely "White Winter Hymnal." Despite a sound that seemed built for more intimate spaces, Robin Pecknold and company had thus far pleasantly surprised me. Evidently, it's possible to be intimate with a few thousand strangers gathered together in The Anthem's cathedral-high walls. 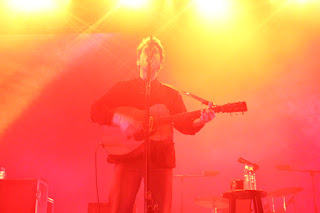 All was smiles up on stage, the six-piece obviously in their element with instruments in hand and voices joining together in heavenly harmonies. As I watched them from on high (the third floor balcony), I started to remember just what an impressive live band these Foxes truly are. The packed house below stood at rapt attention, letting themselves be overcome. 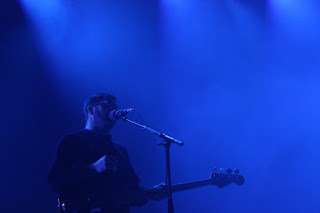 With each song, the reverberation of the song that came before seemed to linger, creating an enveloping cocoon that filled the space all the way to the rafters. The band was flawless, quite possibly even more pitch perfect than when I had seen them all those years ago. Not a note was out of place (and if it was, it was skillfully hidden). They were impeccable. 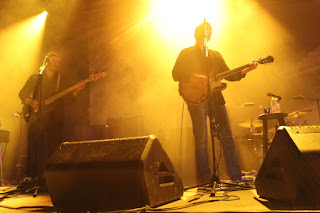 When they got around to "He Doesn't Know Why," another of the debut record's gems, I realized they were fourteen songs in and didn't seem to be stopping anytime soon. I was thrilled to hear "Mykonos" and the transcendent vocalizing that the song offers. Fleet Foxes is, one could argue, a true live band, as to my ears their songs seem even more powerful live. The set ended with the chills of "Blue Ridge Mountains," but it was a matter of mere minutes before the band got another couple songs in. I actually got goosebumps hearing "If You Need To, Keep Time On Me." While the entirety of the crowd didn't hush, enough people did to allow the quiet majesty of the song to shine. It took my breath away.

The haircuts may have gotten shorter, and the newer songs may have nudged in slightly different directions, but this is still the same Fleet Foxes I first fell for many moons ago. They're totally mesmerizing live. Not only that, but they gave everything to this 22-song set. It's a wonderful thing indeed to see Fleet Foxes live.