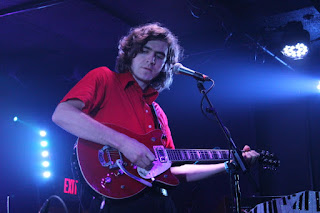 It's been a long time since I visited DC's Atlas District, so long in fact that when I was walking from my car to the Rock & Roll Hotel on one particular soggy evening it felt almost like being in a totally new and unfamiliar neighborhood. Perhaps it was all the new, fancy condos that were so disorienting. But once inside the club, and once Cut Worms got down to business, everything clicked back into place and I felt like I was right where I needed to be.

Touring with fellow throwback enthusiasts King Tuff, Max Clarke's project on this night really impressed me. They took the form of a trio, and the three gents as a whole were simply delightful. As I suspected, Clarke's sensational fuzz pop sounds mighty fine up close and in person. Each song was played with a sort of a tender thrill - the band taking care to deliver these nuggets with care. 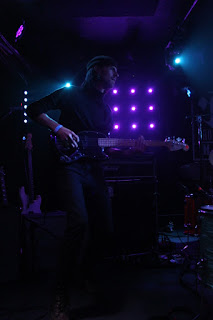 With a bit more bite than on record, the three shimmied, shook, jangled, and pretty much hit the spot time and time again. The vintage-inspired sounds felt decidedly (and endearingly) rougher around the edges than on record, though the pop undercurrent was there throughout the set. There was plenty of head-bobbing and shoulder-swaying in the crowd, demonstrating the highly addictive qualities found in the easy charm of the songs of Cut Worms. 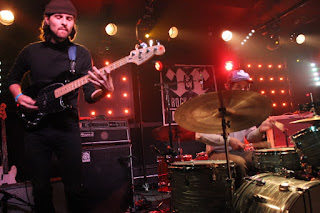 The three fellows, including birthday boy Noah behind the drums, took obvious delight in their performance, as did I. Their set was positively dreamy, especially when it came to that dynamite little number "Cash for Gold," a standout among standouts. Both the retro sentimentality and modern restlessness of the songs came across beautifully all set long. The reverie of the eight-song set was sadly cut short, though I'd have been thrilled with another song or five. 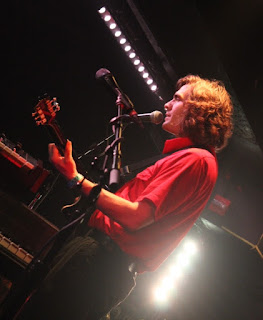 It may have been a night full of seemingly endless rain and gloom outside, but after seeing Cut Worms I hardly noticed the deluge. I wouldn't be at all surprised if the next time they came back to town it was as a headliner. I'm a believer.