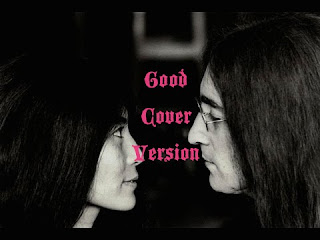 It's no small feat, covering John Lennon's classic Imagine record in full. But GEMS has never seemed the kind of twosome to shy away from a challenge, and that's exactly what they've undertaken (check out the Turntable Kitchen site here).

Oh "Oh Yoko!" the band imbues Lennon's jaunty ode to his missus with their trademark shivering slink, Lindsay's whispered vocals adding something ethereal to their reimagining. As with the original, the song is tender - though with the GEMS version there's a sense of pleading, and a hint of things being left unsaid. It's a moment in time on the precipice, and the end is anything but.