An Interview with Cut Worms 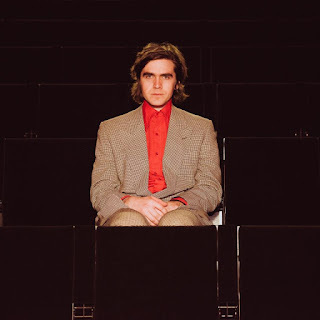 Cut Worms recently won me over with the divine "Cash for Gold," and I'm definitely not the only one thinking the future looks pretty darned bright for Max Clarke and his utterly charming, nostalgically modern noise.

May 4 sees the release of Hollow Ground on Jagjaguwar, and May 3 kicks off a lengthy tour opening for King Tuff. If I may be so bold as to suggest that you a) buy the record and b) go see Max up close and in person, well, consider me strongly suggesting both.

Read on to see Max's As to my Beatles-y Qs, and get your best business casual ready for those King Tuff tour dates. See y'all in DC on May 16th. I wouldn't miss Max's "popular song as form of mystical experience" for the world.

The Beatles, Buddy Holly, Hank Williams Sr, too many to name…

For the most part, yes.

No. Some do…but there’s still some idiosyncrasies wrought by history left in most cities I think... they haven’t fully homogenized everything…yet…

I don’t think so.

Wooden ones with strings and wires.

Probably this one. But no one’s ever asked so I never thought about it and don’t have an answer.

To live on a houseboat.

I’ll quote the great Rob Zimmerman here -- “I think of myself more as a song and dance man.”