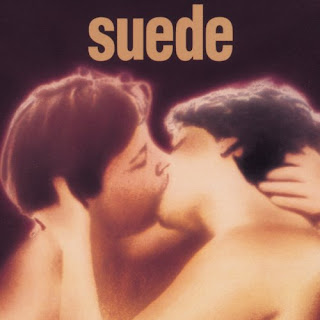 It feels like only yesterday that this album came out. But it wasn't! Let's wish a very happy 25th anniversary to Suede's Suede, and revisit just what makes this such a special record.

Over the years, Suede has come to be known for a sort of luxe, louche decadence, glamorous and seductive but unapologetically dissolute. In truth, their 1993 self-titled record was already quite indicative of the band's wanton ways, their own gorgeously grimy, glam wonderland.

Led by the dual strengths of Brett Anderson's vocals and Bernard Butler's guitar work, Suede was a triumph from virtually the first note. Album opener "So Young" hallmarks Anderson's distinctively mercurial voice, so prone to theatrical sighs and bald-faced directness in equal measure. "Metal Mickey" was, and is, defiant in its swagger, Butler's guitar painfully sharp and Anderson's grandstanding over the top.

These were city songs, songs from the urban underbelly, songs for the blurred hours between the last gasp of night and the first breaths of morning. This album is a celebration of indulgence and excess and questionable life choices. "Moving" captures that familiar crawling frenzy that only belongs to big cities, dizzying and unrelenting. Even after all this time, Suede's hedonistic prowling still feels raw, the gloss of later records absent from this primal collection. The comedowns, songs like "She's Not Dead," "Sleeping Pills," and the gorgeous closing track "The Next Life" highlight Suede's ability to create beautiful moments out of the unseemly.

I've been hearing these songs for over two decades, and it's remarkable that they can still sound nearly as electrifying as they did all those years ago. Without question, Suede is one of the best records to come out of 1990s Britain.